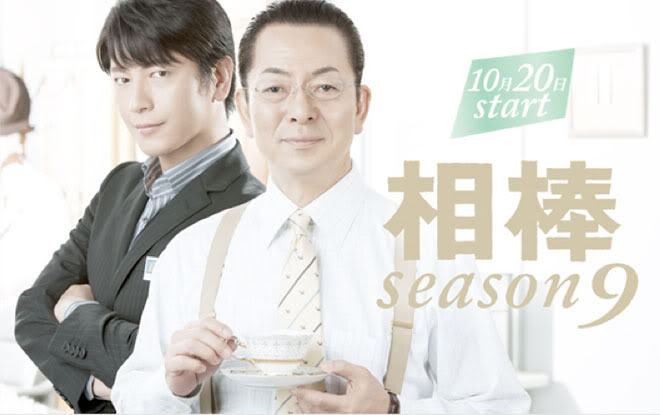 Story
Kanbe Takeru chooses to remain in the Special Missions Unit, but he seems to continue to keep a distance from his direct superior, Sugishita Ukyo. One day, the dead body of the popular female novelist, Mizumoto Shoko, is found in her own home. The possibility of murder fuelled by a grudge is high from the situation at the crime scene, and a male stalker emerges in the line of investigation. However, Ukyo focuses his attention on a missing section from a document package for a new book that Shoko was working on. It is eventually determined that Shoko was attempting to write a novel with an environmental theme which is completely different from her style of writing so far. Ukyo and Kanbe try to get information from the employees at a trading conglomerate that Shoko had interviewed, but … …

Characters
Mizutani Yutaka as Sugishita Ukyo
He went to Britain after he graduated from Tokyo University, and joined the Metropolitan Police Department upon his return to Japan. As a detective with the Second Investigative Division of the Criminal Affairs Department, he solved one difficult case after another. However, his meticulous investigations and sense of justice at tracking down the criminals of the cases that the top brass didn’t wish to be made public invited disaster. As a consequence, he was forced into a leisurely job at the loathed Special Missions Unit but he did not care one bit. The division is mocked as the “graveyard of talented people” because the subordinates who had been assigned to him all this while had resigned within a few months. Kameyama Kaoru was the only one who had been with the division for a number of years. Even though he was relegated to the Special Missions Unit, he is going strong in his brilliant deductive work and has solved successive difficult cases.

Oikawa Mitsuhiro as Kanbe Takeru
After he joined the Tokyo Metropolitan Police Department as a non-career officer, he was treated as a “recommendation”. As an Assistant Division Chief (Inspector) of the Security Bureau’s Planning Division, he had been rising steadily through the ranks of a quasi-career officer, but is suddenly ordered by the top brass to investigate Sugishita Ukyo of the Special Missions Unit. He is “demoted two ranks” and assigned to the Special Missions Unit as an Assistant Police Inspector, and has a hard time in exile. He has an interest in Ukyo, but is irritated by Ukyo’s way of touching sore points without hesitation. He doesn’t go against his superiors but voices his opinions frankly and is also the type who unleashes his cool elitism. He rides around in a sports car and such a reckless driver that even Ukyo rolls his eyes. At present, he dislikes looking at dead bodies because he had come out of the security bureau.

Takagi Saya as Miyabe Tamaki
Ukyo’s ex-wife and the female proprietress of a small restaurant called “Hana no Sato”. She is one of the few people who understands Ukyo well and still remains concerned about him even after their divorce. Although she has completely no involvement in his cases, her words offer him comfort and sometimes become hints to solve the cases.

This blog contains information and musings on current and upcoming Japanese dramas but is not intended to be comprehensive.
View all posts by jadefrost →
This entry was posted in Fall 2010 Dramas, TV Asahi and tagged Aibou Series, Mizutani Yutaka, Oikawa Mitsuhiro. Bookmark the permalink.