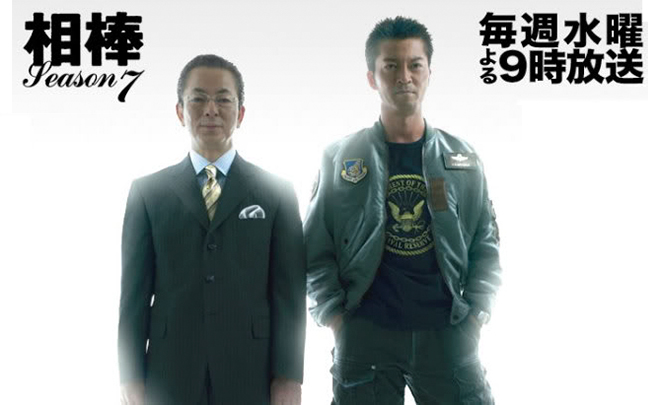 Story
Setouchi Yonezo, former Minister of Law and a political bigwig holds a political fund raising party an exclusive hotel in Tokyo. Ukyo and Kaoru who have been invited by Onoda Koken, head of the National Police Agency’s Secretariat, also attend. But the next day, the body of a male staff of an NGO is found. When it is known that the victim has some connection to Kaoru, Ukyo and Kaoru are both summoned. The victim was Kaoru’s ex-classmate. At the hotel which was the scene of the crime, Ukyo inspects the room with cool detachment. As he is doing this, Setouchi, who is listening to the news in his car, stops reading the newspapers when he hears a name that he recognises …

Characters
Mizutani Yutaka as Sugishita Ukyo
Inspector, Special Missions Unit. He went to Britain after he graduated from Tokyo University. Upon his return to Japan, he entered the National Police Agency and solved numerous cases. However, his sense of justice results in his meticulous investigation in pursuit of the criminal behind a case that the police headquarters does not want to make public, and he is assigned to the Special Missions Unit for that interference. Through his brilliant deduction, he and partner, Kameyama Kaoru, solve cases one after another.

Terawaki Yasufumi as Kameyama Kaoru
Sergeant, Special Missions Unit. Ukyo’s only subordinate. He attended university on a sports scholarship – playing baseball, and is second to none in his stamina and energy. He is occasionally hurt because he is good-natured and trusting of others but there are times when Ukyo follows up on those shortcomings of his to resolve cases. He married Okudera Miwako with whom he had been living together for a long time.

Suzuki Sawa as Kameyama Miwako
Kaoru’s wife and a freelance journalist. She’s a graduate of the same university as Kaoru and as a reporter with the local news section at Teito Shimbun used to belong to the Metropolitan Police’s press club, but is now a freelance writer. She understands Kaoru well, gently supports him and also provides information to the Special Missions Unit.

Takagi Saya as Miyabe Tamaki
The female proprietress of “Hana no Sato” a small restaurant that Ukyo and Kaoru often frequent. She is Ukyo’s ex-wife and even now, she watches over him although they’re separated. Her words on the cases are nonchalant but they soothe Ukyo and also become hints to solve them.

Kishibe Ittoku as Onoda Koken
Head of the National Police Agency’s Secretariat. He had been the officer in charge of a project team during his years at the Tokyo Metropolitan Police. At that time, Ukyo had worked as a member of his staff. He trusts Ukyo and brings cases that can’t be openly investigated to the Special Missions Unit.

This blog contains information and musings on current and upcoming Japanese dramas but is not intended to be comprehensive.
View all posts by jadefrost →
This entry was posted in Fall 2008 Dramas, TV Asahi and tagged Aibou Series, Kishibe Ittoku, Mizutani Yutaka, Terawaki Yasufumi. Bookmark the permalink.