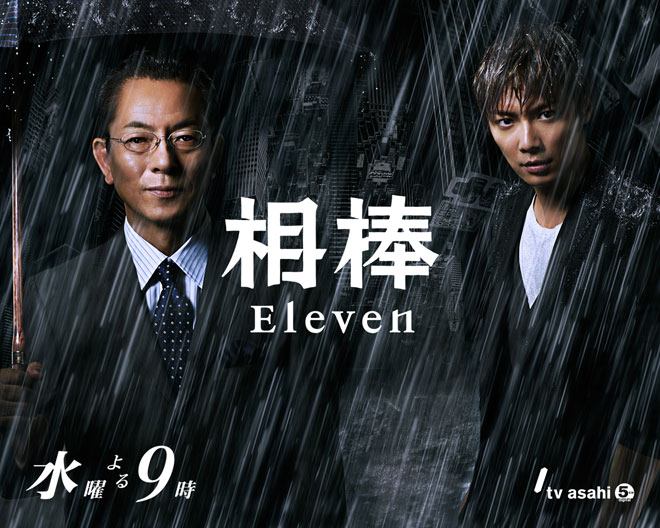 Story
In a hotel room in Hong Kong, Kai Toru who has just become a detective at the National Police Agency’s Nakane Police Precinct jumps up from his bed at the sound of a gunshot. He had recalled reality like a bad dream. As Toru gazes out the window at the magnificent view, he talks in a cheerful voice to his girlfriend Usui Etsuko who is dozing off in bed. However, when Etsuko falls asleep again, Toru’s bitter memories of the previous night come vividly back … … The night before, Toru had attended a dinner party at the Japanese consul general’s residence at the invitation of the consul general’s wife, Kohinata Eimi, Toru should not have had anything to do with such a lavish function, but he was invited to the dinner because his senior, Nezu, is the present director for the Security of the Overseas Establishments and had disclosed to Eimi that Toru is the son of the National Police Agency’s deputy commissioner, Kai Mineaki. To Toru who detests riding on the coattails of a father he is at odds with, it is a setting that he most wanted to avoid, but neither could he make Nezu look bad. So he had no choice but to pass agonising hours with Kohinata the consul general, his wife, Mitsui the vice consul general, his wife and others. While the men were enjoying cigars after the dinner, the sound of a gunshot was heard from Kohinata’s collection room. Misui’s wife Erika was found collapsed in the room, bright red blood soaking her top. Next to her was a petrified Eimi who gripped a gun that was from Kohinata’s collection. It appeared that she had fired the gun and taken Erika’s life. At that moment, Sugishita Ukyo had stopped over in Hong Kong for a visit on his way back from London. Sugishita and Toru meet in Hong Kong through a strange turn of events.

Characters
Mizutani Yutaka as Sugishita Ukyo
Inspector, Special Missions Unit. After graduating from Tokyo University at the top of the class, he went to Britain. Upon his return to Japan, he joined the National Police Agency. He solved one difficult case after another as a detective with the Criminal Affairs Department’s Second Investigative Division. However, in going to the extent of hunting down criminals of cases that the top brass did not want to make public, he became a victim of his own sense of justice. Detested by them, he was relegated to the Special Missions Unit for a job that does nothing. Because his subordinates have resigned within a few months, the unit is mockingly referred to as the “graveyard of human”. However, only Kameyama Kaoru and Kanbe Takeru have been there for a long time. Even though he was shoved to the Special Missions Unit, he still solves a succession of difficult cases with his brilliant deduction.

Narimiya Hiroki as Kai Toru
Sergeant, Special Missions Unit. After graduating from university, he joined the National Police Agency. He worked at the police box and finally realised his dream to become a detective several days ago. However, the incident at the Japanese consul general’s residence in Hong Kong resulted in him being called on by Sugishita Ukyo and transferred to the Special Missions Unit. His father, Toru Mineaki, is the number two man of the agency, but because their relationship is bad, he has got to where he is on true merit and not the connections or help of his father. His girlfriend is a chief cabin attendant.

Matobu Sei as Usui Etsuko
A Japan Airlines International cabin attendant. Kai Toru’s older girlfriend. She is now a chief cabin attendant. She stays in an apartment in Tokyo and lives together with Toru part of the time.

Suzuki Anju as Tsukimoto Sachiko
The female proprietress of ‘Hana no Sato’. When she was an “out-of-luck woman”, she became the mistress of a yakuza. She shot that yakuza with a gun, but was arrested by Sugishita Ukyo at the airport’s depature gate as she tried to flee the country. After that, she served time in prison as an exemplary inmate. She was involved in some prison break scheme and escaped, but was once again jailed. Following her release, she started working at a cleaning company. Recognised for her work, she became a housekeeper for the company president of a restaurant chain. In addition, her cooking skills were acknowledged and she was also put in charge of product development. The company president fell in love with her at first sight and proposed, but she felt frightened by her good luck. In the end, she resigned and became the proprietress of ‘Hana no Sato’ at Sugishita’s recommendation.

Ishizaka Koji as Kai Mineaki
National Police Agency’s deputy commissioner. A career bureaucrat. He served in positions such as prefectural police chief and resumed duties at the National Police Agency this summer. He has now become the second man after the commissioner. He is not pleased that his son Toru is in the same police organisation and wishes that he will quickly resign.

This blog contains information and musings on current and upcoming Japanese dramas but is not intended to be comprehensive.
View all posts by jadefrost →
This entry was posted in Fall 2012 Dramas, TV Asahi and tagged Aibou Series, Matobu Sei, Mizutani Yutaka, Narimiya Hiroki, Suzuki Anju. Bookmark the permalink.