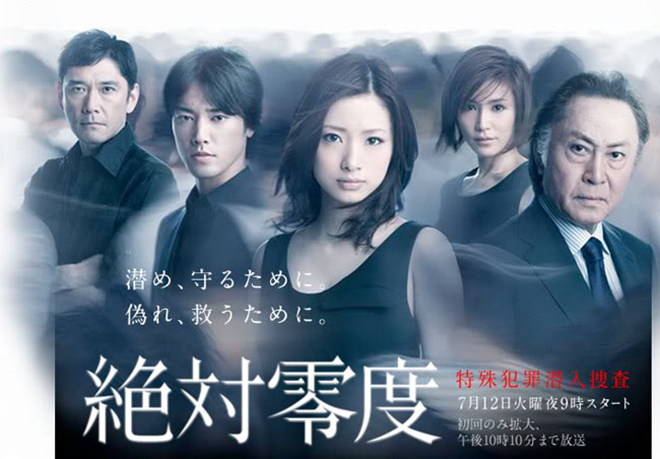 Story
After the Hachioji case, there is a big personnel reshuffle within the Tokyo Metropolitan Police Department and Sakuragi Izumi is transferred to the Special Criminal Investigations Office along with Nagashima Hideo. Shiraishi Shintaro is also in the same team. Izumi goes through training under Takigawa Shinjiro, an ace investigator, but she cannot keep up with him because she fumbles. At that same moment, Asakura Chikako, a representative of a citizens’ group, is on television criticising corporate scandals for the many cases of fatal accidents. The team is instructed to investigate 13 people who have died in these fatal accidents in six months. Takigawa suspects corporate blackmail. There are eyewitness statements from several families of the deceased that the victims had spoken to a suspicious man before the accidents. Analysis of security camera footage determines this man was the same person and his sphere of daily existence. He is soon discovered, but they continue tailing him in order to confirm his identity. While doing so, a purse snatching incident occurs near the man. Izumi attempts to arrest the criminal, but Takigawa tells her not to move, which makes her unhappy … … The man turns out to be a lawyer called Iino Masaya. When the team learns that he is cohabiting with a lady, Fujii Kaori, Izumi is ordered to conceal her identity and establish contact with Kaori.

Kiritani Kenta as Takigawa Shinjiro
A central figure in the Special Criminal Investigations Office who unites the team and implements operations. He is always calm and collected, and eyes that can command those around him. Because he is Sakuragi Izumi’s mentor, he feels aggravated that she does not act according to his wishes.

Yamaguchi Sayaka as Takamine Ryoko
A senior detective with Special Criminal Investigations Office – Investigation Assisted Analysis Unit’s Information Analysis Section. An expert at criminal profiling, she excels in reading a criminal’s behavioural psychology. She is always concerned about Sakuragi Izumi and keeps an eye on her.

Maruyama Tomomi as Fukazawa Yuki
The head of the First Investigative Division’s Eight Section of the Murder Investigations Division. He has a brilliant mind and a high IQ, and has advanced in his career faster than other non-career officers. He is a cynic who says offensive things and has a glib tongue that can find weak points in the logic of others and talk a person down. He gives wide berth to Takigawa Shinjiro.

Sugimoto Tetta as Kurata Ko
The head of the Special Criminal Investigations Office – Investigation Assisted Analysis Unit’s Information Analysis Section. An anomaly who switched over from a forensics examiner to be a detective. He has been taught to use hi-tech equipment and the computer, but he is struggling because he has difficulty remembering.

Kitaoji Kinya as Nagashima Hideo
The head of the First Investigative Division’s Special Criminal Investigations Office. He is a non-career officer and is a skilled detective who has become a living legend. He is popular and respected by his juniors and colleagues. He values Sakuragi Izumi for her simple honesty and persistent efforts, and watches over her.

This blog contains information and musings on current and upcoming Japanese dramas but is not intended to be comprehensive.
View all posts by jadefrost →
This entry was posted in Fuji TV, Summer 2011 Dramas and tagged Kiritani Kenta, Zettai Reido Series. Bookmark the permalink.