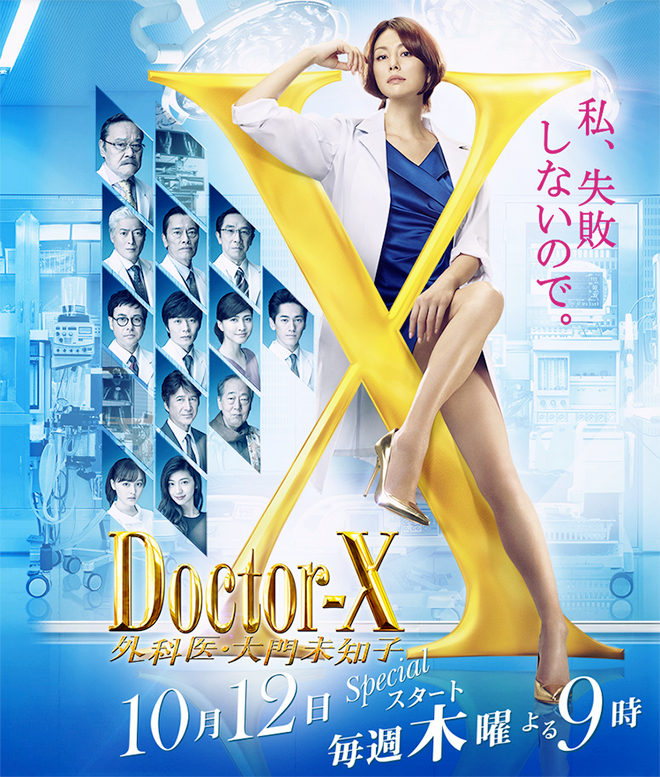 Story
It has been a year since the downfall of Hiruma Shigekatsu who had engaged in dirty hospital politics. Talented freelance surgeon Daimon Michiko boards a regular route bus to an open-air hot spring bath with a stunning view. However, while the bus is travelling on a road over a mountain pass, the driver Kurumada Kazuhisa loses consciousness and suffers cardiac arrest. Michiko hastily stops the bus and is tries to resuscitate him but there is no response. With the help of a “mysterious woman” who happened to pass by, the man is transported to a hospital run by one doctor at the foot of the mountain. This doctor is the surgeon Morimoto Hikaru who admired Michiko and bolted out of the medical department. Michiko makes Morimoto her assistant and administers speedy emergency medical treatment. But surgery for Kurumada’s complete recovery is impossible in a small hospital with no operating theatre. Michiko says she will operate on him again soon and leaves the hospital. Meanwhile, Totei University Hospital enters a new era with its first female hospital director Shimura Madoka who presses forward with big reforms to clean up the medical department. Michiko shows up at this hospital for some reason. In fact, Madoka is the woman whom she met the other day. Madoka has judged that the best course of action is to perform the surgery at Totei University Hospital which is equipped with modern facilities. She has transferred Kurumada to the hospital and even decided to hire Michiko. The day of Kurumada’s pre-surgery conference soon arrives. However, it is not clear what Madoka is thinking as she removes Michiko as the operating surgeon and instead announces that she has asked Professor Jichael Mackson, an international expert in cardiac surgery in the US, to operate remotely through robot-assisted surgery. Then, a famous journalist collapses in front of Michiko at a tonkatsu restaurant which she visited and he is brought to Totei University Hospital. But this beckons a terrible situation … … Meanwhile powerful persons in the hospital start working behind the scenes in an attempt to restore the unchecked powers and “black tower” which controlled the hierarchical society to recapture their own “profits”. While Hiruma acts suspiciously, talented freelance surgeon Daimon Michiko fights the organisation head-on.

Characters
Yonekura Ryoko as Daimon Michiko
A freelance surgeon who is not affiliated to any university hospital’s medical department. She belongs to Kanbara Akira’s dodgy doctors’ agency and moves around to various hospitals. She observes working hours strictly, never accepts chores where a medical license is not needed, and is also uninterested in the power struggles characteristic of hospitals. Her fees are several orders of magnitude higher but her skills as a surgeon are topnotch. She has absolute confidence in her own skills. Because she speaks her mind without hesitation or fear of anyone, she does not get on well with the staff of the medical department. Her interest and special skill is surgeries. She is absolutely weak in everything else. There are rumours that she was a ship’s doctor and an army doctor besides being a hospital doctor. She has contacts in unexpected places.

Nagayama Kento as Nishiyama Naoyuki
A rookie doctor working at Totei University Hospital. He belongs to the “relaxed generation”. Raised by a single mother, he became a doctor the hard way. He maintains a matter-of-fact attitude towards the servility of the doctors who are his seniors. Or rather, as a doctor, he feels a failure in his communications with patients and relationships with the senior doctors, and is always low-energy. He is dismissive of Daimon Michiko’s way of life which creates a lot of discord but a part of him also admires her craftsmanship.

Uchida Yuki as Jonouchi Hiromi
A freelance anesthesiologist and single mother who is raising a daughter. She met Daimon Michiko when she was working at Teito Medical University’s Third Hospital and turned freelance. She now belongs to Kanbara Akira’s doctors agency. She trades quips with Michiko and the two of them have established a relationship of trust in their personal and professional lives. She was suffering from pancreatic cancer last season. It was completely excised but spread from where it started. She thought that she would die but her life was saved by Michiko.

Endo Kenichi as Ebina Takashi
The deputy of Totei University Hospital’s department of surgery. He devotedly serves powerful people like Hiruma Shigekatsu with remarkable servility. He actually became the operating surgeon in name only in the operation which Daimon Michiko performed and accomplished the inconceivable thesis he had written. He gained recognition by virtue of that. His desire to progress in his career seems to be the motivating force, but he has also not forgotten his youthful ambition to save as many patients as possible. He empathises with Michiko who confronts illnesses with sincerity at the last minute and often throws a wrench into schemes.

Tanaka Kei as Morimoto Hikaru
A surgeon who comes to work at Toto University Hospital thanks to Shimura Madoka. He met Daimon Michiko when he was a rookie doctor at Teito Medical University’s Third Hospital. As the son of the director of a local general hospital, he was supposed to be on the fast track but he admired Michiko and went abroad for surgical training. However, he was transferred to a local hospital after his return to Japan and sees the current state of medical care in the countryside where even the most basic medical treatment cannot be provided, with his own eyes. Because of that, he feels somewhat depressed despite being at an energetic age as a doctor.

Daichi Mao as Shimura Madoka
Totei University Hospital’s first female director. After graduating at the top of her class from Totei University’s faculty of medicine, she spent 10 years as a surgeon at Harvard’s school of medicine in Boston. Her surgical skills are top rate and she has reached her present position through sheer ability and not relied on personal connections. She is called “Madam Clean” by the people around her because of this consummate integrity. After she becomes the hospital director, she presses forward with big medical reforms and wipes out She asserts that she does not care about titles if a doctor is capable, and hires Daimon Michiko for the hospital but … …

Jinnai Takanori as Inomata Takashi
A deputy director of Totei University Hospital’s department of surgery. He has a loud voice and also acts big. He is a man with the supremacy of doctors ingrained in him. Because he was born into a family where everyone is a graduate of Totei University’s faculty of medicine, he is exceptionally conscious of his own dignity and pride. He is the most crafty of the three deputy directors and not shy of flattery if necessary. But he is a big chauvinist. He loves nurses and detests female doctors. He regards Daimon Michiko as his enemy.

Kishibe Ittoku as Kanbara Akira
The director of Good Doctors Agency whom Daimon Michiko admires as a teacher. A man of many mysteries, he was once a surgeon but was stripped of his license to practice medicine. He is familiar with the state of affairs of a university hospital and absorbed in business. His interest is mahjong. He suffered a serious illness but was saved by Michiko’s surgery.

Kusakari Masao as Uchikanda Kagenobu
The chairman of the Japan Doctors Club who reigns over the country’s medical community. He mysteriously wants Totei University Hospital’s medical department to return to how it used to be with a centralisation of power. Although he has no hesitation in declaring “in defence of Japan’s healthcare system”, he overwhelms the people around him with a “forbidding presence”, keeping his innermost feelings to himself. Even Hiruma Shigekatsu fears him.

Nishida Toshiyuki as Hiruma Shigekatsu
The director of Totei University Hospital’s Shiretoko branch hospital. He is outwardly genial but is a heartless man who will resolutely get rid of those who betray him. He has a long-standing grudge against Daimon Michiko. His dream is to reign over the medical profession. In the last season, he was held responsible for the large number of outstanding doctors being poached away by Chinese hospitals and toppled from his position as the director of Totei University Hospital. He was shunted off to the Shiretoko branch hospital and initially decided to retire. However, he is so power hungry that he schemes once again … …