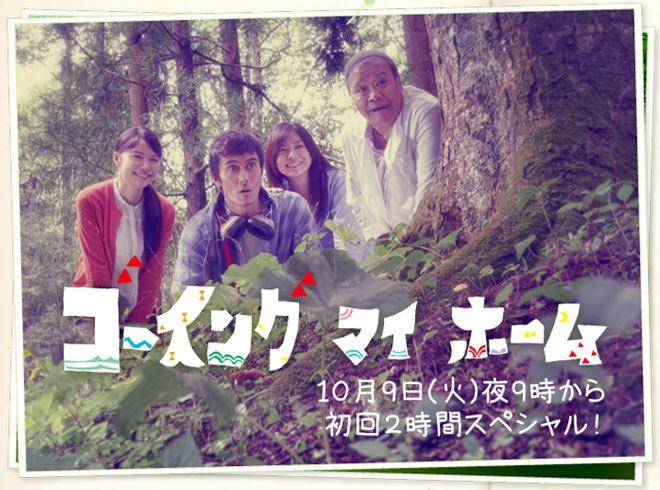 Story
Tsuboi Ryota, a producer at a CM production company, lives with his food stylist wife Sae and their fourth grade elementary school-going daughter Moe. He is caught in the middle at home as well as at work and has no place where he can be himself. One day, Ryota’s father, Eisuke, collapses on a golf trip to Nagano and is brought to the hospital. When Ryota rushes over, his mother is waiting and moments later his elder sister Takiko and brother-in-law Kenji arrive. This incident is the trigger for a transformation in Ryota’s “happy in his own way” life. An enigmatic beauty as well as a man who knows his father’s past appear, and then there is his father’s inexplicable behaviour … … It appears that he was searching for a small legendary living creature in his birthplace. Although Ryota thinks that it cannot exist, he encounters various people as he attempts to investigate this mystery and his heart starts to change a little by little.

This blog contains information and musings on current and upcoming Japanese dramas but is not intended to be comprehensive.
View all posts by jadefrost →
This entry was posted in Fall 2012 Dramas, Fuji TV, Going My Home and tagged Abe Hiroshi, Abe Sadao, Going My Home, Koreeda Hirokazu, Makita Aju, Miyazaki Aoi, Nishida Toshiyuki, Yamaguchi Tomoko, Yasuda Ken, Yoshiyuki Kazuko, YOU. Bookmark the permalink.