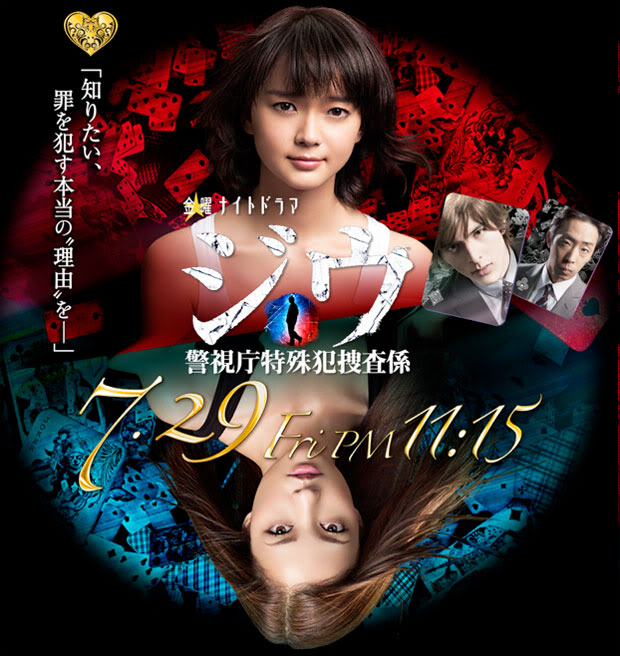 Story
At 4.05 pm on a day in April, Azuma Hiroki of the Tokyo Metropolitan Police’s First Investigative Division, who has been investigating the kidnap of a boy for ransom, was at the scene where Tanabe Haruko, the boy’s mother, dropped off the ransom. The instant Azuma’s eyes look away for a second, the bag with the ransom is stolen by the kidnapper. Although the abducted boy is safely taken into police custody, Azuma was largely responsible for letting the kidnapper slip away … … He had seen a mysterious blond-haired youth at the scene. Isaki Motoko and Kadokura Misaki of the First Investigative Division’s Second Special Investigations Sub-division belong to the SIT, a unit that investigates ongoing crime such as kidnappings and hostage-takings. Motoko is in the assault team while Misaki is in the negotiations team. The two of them have completely incompatible personalities. One day, a hostage-taking incident occurs within the Tokyo Metropolitan Police’s jurisdiction. Motoko and the rest of the team immediately rush to the scene in response to information on the seige at a local community association and the hostage taker’s use of a knife to threaten females. At the headquarters, Asai Kensuke, the head of SIT, and other members make a phone call to the hostage taker inside the building and persuade him to let them supply food. Asai, who offers to let a young girl deliver it and withdraw all police officers surrounding the building, entrusts that role to Misaki. Misaki enters the building to negotiate with the hostage taker amid the tense situation while Motoko watches on … …

Characters
Kuroki Meisa as Isaki Motoko
A detective who belongs to the Tokyo Metropolitan Police’s SIT team. She is accomplished in combat sports like judo and aikido, and is a combative person who will give her opponents a good beating. Although acknowledged for her physical strength and fighting instincts, she is a loner who does not fit in with the organisation. She has no interest in love because of her dark past, and hates females like Kadokura Misaki. She lives in the dorm.

Tabe Mikako as Kadokura Misaki
A detective who belongs to the Tokyo Metropolitan Police’s SIT team. In contrast to Isaki Motoko, she is a kind-hearted and sentimental person. She has remarkable negotiation skills and is idolised in her team. She tries to reach out to Motoko no matter how much she rejects her, but Motoko does not open her heart to her. Her family home is tofu shop in Taito district, but she stays in the dorm.

Shirota Yu as Amemiya Takashi
A mysterious guy who often appears around Isaki Motoko and feels Motoko’s alarming thirst of blood. Is he an enemy or ally?

Kitamura Yukiya as Azuma Hiroki
A senior detective with the First Investigative Division’s Third Murder Investigation Sub-division. He finds himself having a tough time within the Tokyo Metropolitan Police for his failure to catch the criminal in Toshinori-kun’s kidnapping. He feels awkward around his subordinates concerning investigation tactics and is isolated within the investigation task force. A divorcee. Although he is completely insensitive to the feelings that Kadokura Misaki alludes to, he would unconsciously say things that make her happy.

L as Jiu
A blond-haired good-looking young man who has great dynamic vision and reflexes, and has had no sense of pain since he was born. He always appears at crime scenes for some reason, and Azuma Hiroki suspects that he is the mastermind of the Toshinori-kun kidnapping.

This blog contains information and musings on current and upcoming Japanese dramas but is not intended to be comprehensive.
View all posts by jadefrost →
This entry was posted in Summer 2011 Dramas, TV Asahi and tagged Ibu Masato, Jiu Keishichou Tokushuhan Sousa-gakari, Shirota Yu, Tabe Mikako. Bookmark the permalink.