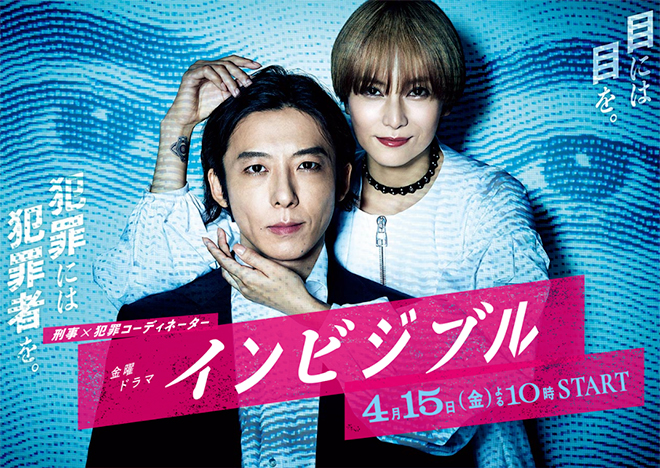 Synopsis
An explosion goes off at the open space in front of Shibuya station and a large number of people are injured. While Assistant Inspector Shimura Takafumi of the Tokyo Metropolitan Police Department’s Special Investigation Unit waits for support, an electronic billboard airs footage from a mysterious man who warns of another explosion and demands Shimura in exchange for information on the next bombing. Shimura’s unit investigates unsolved cases that happen within the Tokyo Metropolitan Police Department’s jurisdiction. When Shimura reaches the designated place, a woman called Kiriko is waiting for him. She tells him that she was the one who hijacked the electronic billboard just now. In addition, she says the numerous bombing incidents that were treated as accidents in the past were the work of an explosives expert who goes by the name “Pyrotechnist”. Although Shimura does not believe her words, he defies his superiors Saruwatari Shinichiro and Inukai Shogo and goes into hiding with Kiriko to prevent another blast. Meanwhile, the First Investigation Division are investigating the suspect and reviewing the accidents that Kiriko had cited. They are able to determine the suspected involvement of the crime coordinator “Invisible” in one of these accidents. Nobody would have imagined Kiriko as this crime coordinator. Called “Invisible” because she is known only to a group of people within the police organisation and no one has seen her real image, Kiriko dominates the underworld and brokers deals for violent criminals. She is privy to information on criminals that the police has yet to grasp and seems to hold the key to solving a lot of the unsolved cases that Shimura is pursuing. What is her motive for getting close to him?

Characters
Takahashi Issei as Shimura Takafumi
A detective with the Tokyo Metropolitan Police Department’s Special Investigation Unit. He used to be in charge of investigating cases on the First Investigation Division’s front line. However, his zeal for arresting criminals was particularly strong among the detectives of the division and the extremes he would go to in investigations led to his demotion. A nonconformist who is considered dangerous by the people around him in certain situations. He is suddenly named by Kiriko and reluctantly gets paired with her to crack unsolved cases.

Shibasaki Kou as Kiriko
A mysterious crime coordinator whose real name, nationality and age are unknown. She suddenly shows up in front of the police and offers to cooperate in the arrest of heinous criminals on condition that Shimura Takafumi is put in charge. She is privy to information on criminals that the police has yet to grasp and seems to hold the key to solving a lot of the unsolved cases that Shimura is pursuing … …

Arioka Daiki as Isogaya Kiyoshi
A detective of the First Investigation Division. While he is pure and has a positive mindset, he can be a little too assertive. He respects Saruwatari Shinichiro and regards Shimura Takafumi with hostility for clashing with Saruwatari.

Hotta Akane as Igarashi Natsuki
A detective of the First Investigation Division. She is very competitive and strong-minded. She admires Shimura Takafumi and repeatedly clashes with Isogaya Kiyoshi who belongs to Saruwatari Shinichiro’s camp.

Itagaki Rihito as Ma-kun
He has a deep relationship with Kiriko and is both her driver and assistant.

Sakou Yoshi as Tsukaji Keiichi
He has thorough knowledge of the descriptive content of unsolved cases that have occurred within the Tokyo Police Department’s jurisdiction. A kind-hearted team leader who backs Shimura Takafumi’s investigations.

Harada Taizo as Inukai Shogo
The chief of the First Investigation Division. He is the former boss who demoted Shimura Takafumi. However, he is still concerned about Shimura and supports him sometimes.

Kiritani Kenta as Saruwatari Shinichiro
A taciturn and calm career officer who was seconded from the National Police Agency. Because he puts emphasis on rules and regulations, he views Shimura Takafumi’s investigations which go to extremes as a problem. He is also suspicious about the relationship between Shimura and Kiriko and keeps close tabs.

This blog contains information and musings on current and upcoming Japanese dramas but is not intended to be comprehensive.
View all posts by jadefrost →
This entry was posted in Spring 2022 Dramas, TBS/MBS and tagged Harada Taizo, Invisible, Kiritani Kenta, Shibasaki Kou, Takahashi Issei. Bookmark the permalink.