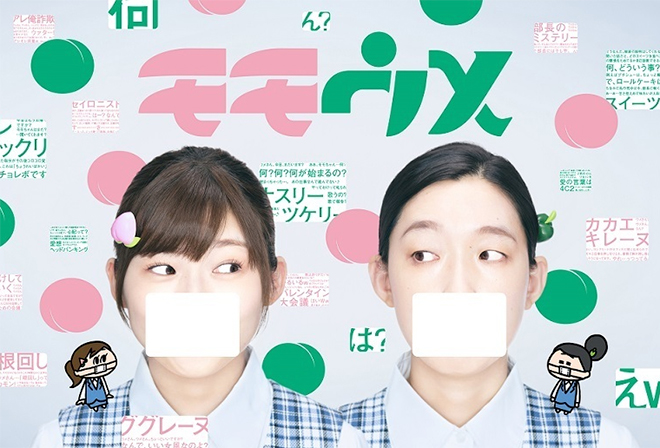 Synopsis
24-year-old newbie office lady Momo-chan and 40-year-old veteran office lady Ume-san are colleagues and get along despite their difference in ages. Although Momo-chan is still inexperienced in some areas, she tries to do her best in everything but is just a tiny bit off course. She is a lovable character who demonstrates a peculiarly observant eye and humorously goes down to the nitty gritty about various queer employees and the company. Ume-san listens to Momo-chan talk with motherly patience and infinite love and smoothly goes along with her jokes and retorts. One day, Ume-san is about to hurry to the staff canteen the moment it is lunch break, but Momo-chan is dying to tell her something and says, “Please give me two minutes.” When Momo-chan went to the office pantry earlier, Mount Joshi and another female colleague were on the topic of the consecutive holidays and there seems to have already been aggressive attempts to assert dominance over each other. She excitedly reports the details with quips about the tussle as she wonders whether they felt satisfied after that. Then Ume-san begins to talk about a very unexpected past … … When Ume-san is doing her work later on, Momo-chan is for some reason wearing a trench coat and hiding in a gap between the desks as she speaks in a whisper. In fact, Momo-chan is annoyed to be forced to work overtime by their boss and it seems that she went to buy a huge amount of sweets during work hours. In addition, she tells Ume-san that she is able to determine what type of anger she has from the kind of sweets she wants to eat.

This blog contains information and musings on current and upcoming Japanese dramas but is not intended to be comprehensive.
View all posts by jadefrost →
This entry was posted in Hulu, Summer 2021 Dramas and tagged Eguchi Noriko, Ito Sairi, Kuriyama Chiaki, Momo Ume. Bookmark the permalink.