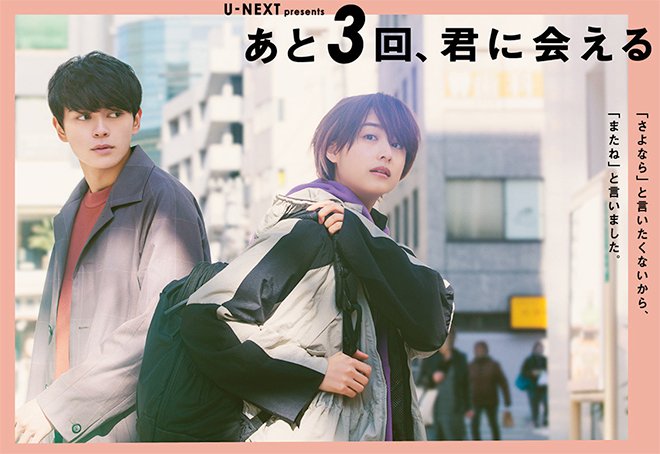 Date: From 9.00 p.m., 31 March 2020
Scriptwriter: Oshima Satomi (Nagi no Oitoma, Boukyaku no Sachiko Series, Anata ni wa Kaeru Ie ga Aru)
Director: Hagiwara Kentaro
Theme Song: Saigo no Koiwazurai by Official髭男dism
Cast: Yamamoto Mizuki, Maeda Gordon, Kudo Asuka, Furukawa Kotone, Mizuma Ron, Nishinoiri Ruka, Tsukamoto Takashi (guest star), Mashima Hidekazu, Mitsuishi Ken, Yoshiyuki Kazuko
Synopsis: Tamaki Kaede (Yamamoto Mizuki) is a video director at a small video production company. She has been working furiously on projects and by the time she realises it, she is almost 30. During her spare time, Kaede tries dating some men (Mizuma Ron, Mashima Hidekazu) whom she met through a matchmaking app. But there is practically no one who suits her personality of taking things at her own pace. One day, Kaede has to do a video where she will be closely attached to Sawamura Koji (Kudo Asuka), the cool and handsome chef of a well-known food truck, whom everyone is talking about. She meets the much younger Michibayashi Seishiro (Maeda Gordon), who is working part-time as Sawamura’s assistant on a short-term basis. Kaede grabs Seishiro’s hand by chance and that leads to a change in her life. As the filming with Sawamura progresses, Kaede spends time with Seishiro. She strangely begins to feel comfortable in his presence and the two of them gradually get closer. However, Sawamura also has feelings that he has kept to himself. Then one day, Kaede finds out that the time that she had taken for granted with Seishiro is actually limited after he tells her his secret. Realising the importance of the time spent with loved ones, she … …
Official Website: www.ktv.jp/ato3

This blog contains information and musings on current and upcoming Japanese dramas but is not intended to be comprehensive.
View all posts by jadefrost →
This entry was posted in Fuji TV, Spring 2020 Drama Specials and tagged Ato 3-kai Kimi ni Aeru. Bookmark the permalink.