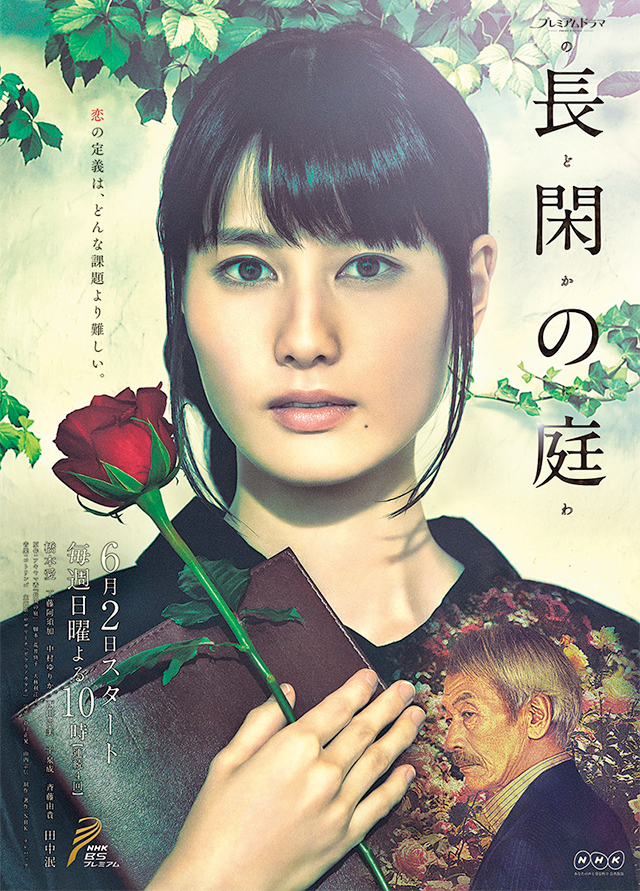 Story
Asahina Motoko is a 23-year-old graduate student who is majoring in German literature. She has never been in love and cannot fit in with other students who discuss romance because of her serious personality. As a result, she privately feels a sense of inferiority. One day, a professor called Sakaki Ikuo tells her that her Japanese is exquisite. From that moment, Motoko starts to develop feelings for Sakaki who is 41 years her senior. She wonders if this feeling is love and attempts to analyse her emotions. When she informs Professor Sakaki that this feeling is perhaps romance, he concludes that she got the wrong idea. However, he grows in significance to Motoko who has no experience to know whether this is love. Meanwhile, Motoko and other students go for a training camp at the university’s seminar house. Motoko falls into the lake and is rescued by Professor Sakaki’s assistant Tanaka Ren. Her friend Tomioka Juri who has feelings for Tanaka, gets jealous. All sorts of heartrending emotions get intertwined and Motoko tries to firmly tell Professor Sakaki how she feels … …

Characters
Hashimoto Ai as Asahina Motoko
A student who is studying German literature in graduate school. She always dresses in black because she is convinced that she does not look good in pretty clothes. She constantly tries to be sensible because of her grandfather’s teachings. She has feelings for Professor Sakaki Ikuo and attempts to search for the definition of love.

Kudo Asuka as Tanaka Ren
Professor Sakaki Ikuo’s assistant. Although he knows that Asahina Motoko has special feelings for Professor Sakaki, he cannot help but be secretly in love with her.

Nakamura Yurika as Tomioka Juri
A graduate student and Asahina Motoko’s friend. Unlike Motoko, she wears pretty clothes. She is secretly in love with Tanaka Ren.

Nishida Naomi as Asahina Yoshiko
Asahina Motoko’s mother. She is divorced. She raised Motoko while working as a nurse.

Saito Yuki as Asagiri Midori
Professor Sakaki Ikuo’s ex-wife. A researcher in German dance, she has even written essays and novels.

Tanaka Min as Sakaki Ikuo
A university professor who is an authority in German literature and also a leading translator. He is a man whom Asahina Motoko respects. He cares about Motoko who has been putting great effort into studying German. He curtly tells Motoko that her affections are not love, but … …

This blog contains information and musings on current and upcoming Japanese dramas but is not intended to be comprehensive.
View all posts by jadefrost →
This entry was posted in NHK, Spring 2019 Dramas and tagged Hashimoto Ai, Nishida Naomi, Nodoka no Niwa, Saito Yuki, Tanaka Min. Bookmark the permalink.