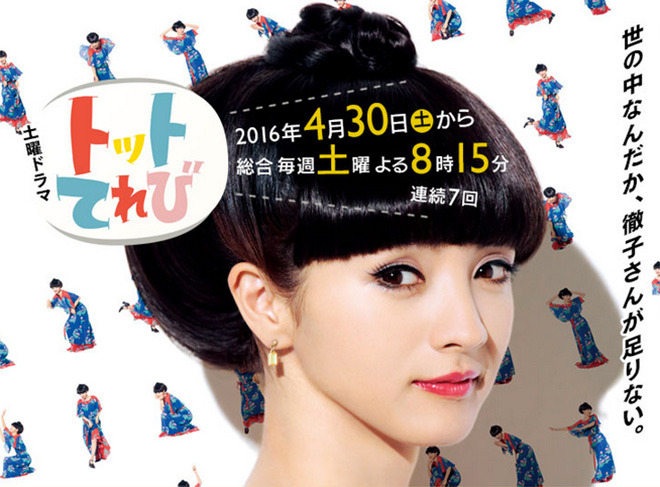 Story
Kuroyanagi Tetsuko learns that NHK has put out a call for exclusive actors for the start of television broadcasting and takes the entrance exam. She keeps failing the exam, but somehow passed. Tetsuko appears on radio and television programmes as an extra, but keeps getting admonished for being too conspicuous. She is told by the floor director Ijuin, who entered NHK at the same time as she did, that her individuality gets in the way. Then, a turning point comes. Tetsuko auditions for a new radio drama and playwright Iizawa Tadasu, who is serving as a judge, makes an unexpected comment to Tetsuko. He selects her for the leading role in ‘Yanbo Ninbo Tonbo’, giving her great confidence. She goes on become NHK’s first television actress in 1953 (Showa 28), which was the start of television broadcasting. She has brought laughter and tears to TV viewers and many people have supported her since the beginning of the television age when dramas were live until today.

This blog contains information and musings on current and upcoming Japanese dramas but is not intended to be comprehensive.
View all posts by jadefrost →
This entry was posted in NHK, Spring 2016 Dramas and tagged Mimura, Mitsushima Hikari, Nakamura Shido, Omori Nao, Takeda Tetsuya, Totto Terebi, Yoshida Kotaro. Bookmark the permalink.