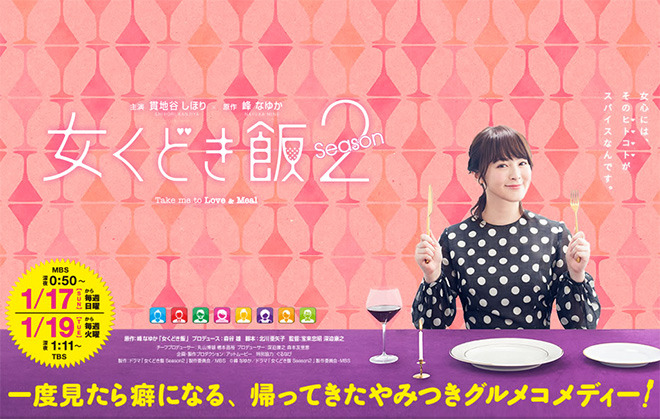 Story
Kanbayashi Megumi, a freelance writer around the age of 30, has not had a boyfriend in six years. One day, she is summoned by the editor of the magazine ‘DISH’ Fushimi Yuko, whom she is on friendly terms with. Yuko informs her that she is getting married. Megumi reels from this all too sudden news from her supposed fellow spinster. But according to Yuko, it seems that Megumi will get married in three months in keeping with the outcome of the divination of ‘Aphrodite Tsuyako’, which is serialised in Dish. The divination has it that Megumi will enter life’s “golden time” in these three months and have both work and romance. If she lets this chance slip by, she will have no hope of romance for the next 30 years. Just as Megumi gets flustered, she is encouraged by Yuko to “do her best these three months even if it kills her”. Then Yuko hands her the proposal for a second season of dinner dates at restaurants chosen by ordinary, single male candidates. Megumi is fired up with the desire to do another season. Will she be able to meet her ideal guy and seize happiness this time?

This blog contains information and musings on current and upcoming Japanese dramas but is not intended to be comprehensive.
View all posts by jadefrost →
This entry was posted in TBS/MBS, Winter 2016 Dramas and tagged Kanjiya Shihori, Onna Kudoki Meshi Series. Bookmark the permalink.