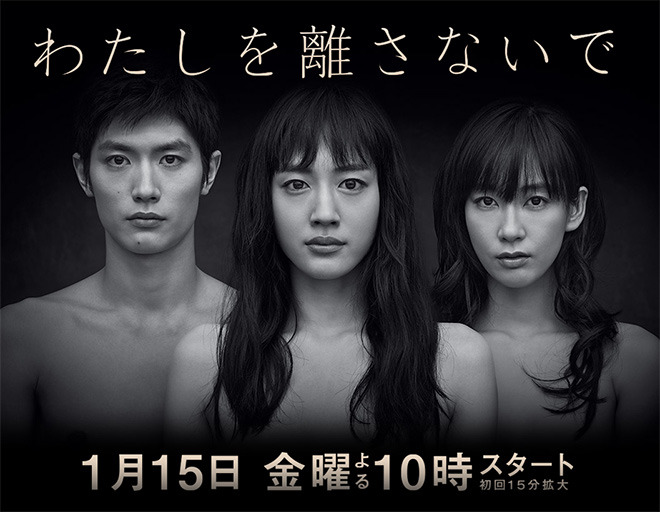 Story
Hoshina Kyoko stares at a man on the operating table. Her expression is devoid of emotion and she looks like she has given up on everything. She has a mission. This mission is … … 20 years ago, Kyoko lived at Yoko Gakuen in the mountains isolated from the world. Children at the school stayed in dormitories and received education. At that time, Kyoko discovered a classmate Doi Tomohiko being mocked and losing his temper at the boys who were his tormentors. She was told by the female leader Sakai Miki not to interfere, but she ran over without thinking. Tomohiko’s temper did not ease. He shoved Kyoko aside which earned frowns from the girls. One day, a new teacher Horie Ryuko came to take up a position at Yoko Gakuen. This was her choice because she was captivated by the education philosophy of the principal Kamikawa Emiko. However, Ryuko felt something was wrong after she saw the children’s schooling with her own eyes. At that moment, Kyoko and the rest were taught “an important thing” by Kamikawa. She said they are special children who are born with a “mission” and informed them of their “true destiny”.

Characters
Ayase Haruka/Suzuki Rio as Hoshina Kyoko
A delicate, kindhearted straight-A student. Because of that, she lost out on so much and was deprived of all sorts of things by Sakai Miwa. She and Doi Tomohiko are invaluable to each other. She is the only one who is concerned about Tomohiko who is the target of bullying and always offers a helping hand to him. She accepts her own mission through life at Yoko Gakuen, but in her heart, she is full of weary and resignation.

Mizukawa Asami/Mizuki Sakura as Sakai Miwa
A strong-minded girl whose redeeming feature is her beauty. The female leader of Yoko Gakuen, she is showy about everything. She is always not satisfied unless she is number one. Because of this personality, the friends around her including Hoshina Kyoko are never at ease. Her personality is still the same as an adult and she is avoided by the people around her.

Miura Haruma/Nakagawa Tsubasa as Doi Tomohiko
A cheerful, kind person who does as he likes. However, he gets ridiculed because he is lousy at art and. This makes him lose his temper even more and he is bullied. Hoshina Kyoko is the only one who is concerned about him and she quite naturally becomes someone he relies on. Although he is not skilled with his hands, he is very good at soccer. He meets Kyoko again when they are adults.

Ito Ayumi as Horie Ryuko
A newly-appointed teacher at Yoko Gakuen. She is friendly and enthusiastic. She aspired to take up a post at the school because she admired the education philosophy of the principal Kamikawa Emiko, but as she learns about the reality of Yoko Gakuen, her conflict grows … … She is in charge of health and physical education and good at soccer. Through soccer, she extends a helping hand to Doi Tomoiko who is being bullied.

Komoto Masahiro as Yamasaki Jiro
A good teacher who the picture of cheerfulness and kindness. He is popular in the school and Sakai Miwa also admires him. The advisor of the art club. He accepts the school’s principles and system. As the principal Kamikawa Emiko’s right-hand man, he is zealous about making these happen.

Matobu Sei as Madam
A classy, beautiful and enigmatic visitor whose identity is unknown. She would appear from time to time at Yoko Gakuen, talk at length with Kamikawa Emiko, choose and take the students’ art pieces away, but … …

Aso Yumi as Kamikawa Emiko
The dignified principal and manager of Yoko Gakuen. Her management and education philosophy is noble and widely known. She constantly has a gentle smile and a serene expression. She is adored by the students because of her very kind image. She deeply understands their “mission” and provides the necessary education to fulfil it.

Episodes
#1: The Saddest Fate … What Desire for Dear Fleeting Life’s End Leads to a Shocking Conclusion
#2: Fated Reunion … Lies 20 Years Ago, Sets the Destinies of the Three Now
#3: Outcome of First Love … Fleeting Dreams and Hopes Seen in a Closed Future
#4: The Open Door … Is New Love Hope or Despair?
#5: Hope At Last! Turbulent Romance Caused by Donated”Reprieve”
#6: Future of Love and Hope Sought … An Eternal Farewell
#7: Dream of Reuniting … Wishing for Forgiveness and Love as the End Approaches
#8: Parting from a Friend … Fate Comes Undone, Final Wish Entrusted
#9: Recovering the Future!! Final Wish … When the Truth is Revealed