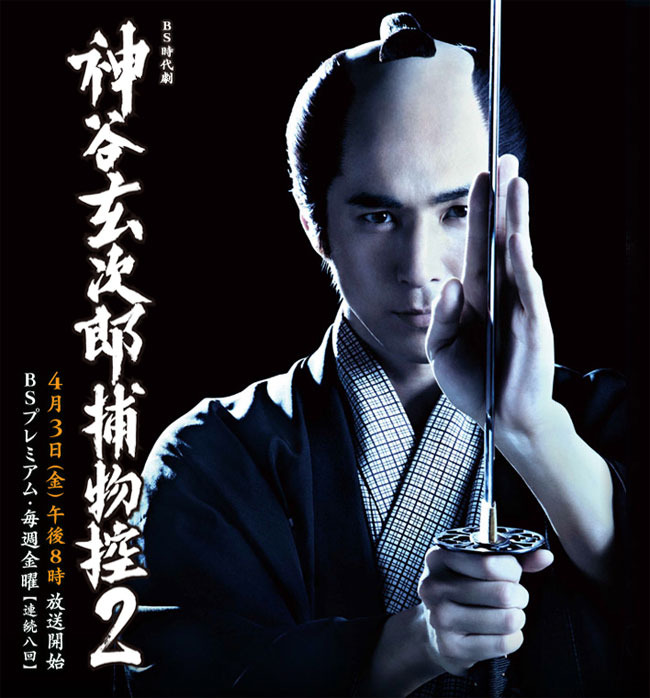 Story
Kamiya Genjiro is a constable who patrols the streets of Edo, but is generally acknowledged to be a misfit in the Kitamachi Magistrate’s Office. His superiors’ opinions fall on deaf ears and he has become intimate with the proprietress of a restaurant which he is a regular. But when a case occurs, he will identify the real criminal and solve it with his exceptional powers of concentration and deduction, remarkable intuition and insight. Each time a complicated case occurs, his colleagues will rely on him. Strange commotions, colourful characters and evil doers would appear before Genjiro. The secrets and malevolence lurking in people’s hearts are uncovered by Genjiro and his assistant, Ginzo. Genjiro and Torikai Michinosuke have been investigating the case of a break-in into a silk merchant’s business by a gang of three. Genjiro learns about Otose, the proprietress of tatami straw wholesale business, from his assistant, Ginzo. Otose had approached Ginzo to complain about something peculiar. After that, she is attacked by someone. Otose confesses to Genjiro that she had gone to a teahouse with a young man behind her husband’s back. That was where she saw the man who came and attacked her. Hearing that this man is part of a suspicious trio which includes a wandering samurai and a woman, Genjiro and the others set out to probe into their background, and see an unexpected connection between the two cases.

Characters
Takahashi Mitsuomi as Kamiya Genjiro
An officer of Kitamachi Magistrate’s Office. Although he is acknowledged to be the laziest person in the magistrate’s office, once a case occurs, he would solve difficult problems with characteristic perceptiveness. He is also an extraordinarily talented swordsman in the Jikishinin school of swordsmanship. He is a bachelor and is partly living for free at a small restaurant, Yoshino.

Nakagoshi Noriko as Otsuyo
The proprietress of Yoshino, a small restaurant. Her husband, who went missing three years ago, was punished by Kamiya Genjiro, and she has been raising their son. She and Genjiro are in love. Although their future is in question because of their difference in status, she is the most comforting and encouraging person to him.

Yamazaki Shigenori as Torikai Michinosuke
An officer of Kitamachi Magistrate’s Office. Kamiya Genjiro’s peer. He is timid but gets carried away easily. He would often get help from Genjiro for troublesome arrests.

Takahashi Kazuya as Yasuke
The chef of the restaurant, Yoshino. He used to serve as an informant, but quit due to some circumstances. He is now supporting Otsuyo who manages the restaurant by herself.

Ono Takehiko as Kaneko Idayu
An administrator of Kitamachi Magistrate’s Office. Kamiya Genjiro’s superior who gives him hell. Each time he meets Genjiro, he would warn him to quickly break up with Otsuyo because of the difference in their status.

Kishimoto Kayoko as Osaku
A maid who has served the Kamiya family for generations. She is a meddlesome persona and always scolds the dissipated Genjiro harshly. Although Genjiro is awkward in her presence, she knows about his tragic past and is one of the few people who understand him.

Nakamura Baijaku as Ginzo
Kamiya Genjiro’s assistant. Because their relationship has been since Genjiro’s father’s generation, he and Genjiro have faith in each other. He runs a barbershop as a sideline business, but mostly leaves his wife in charge while he works hard to make arrests.

This blog contains information and musings on current and upcoming Japanese dramas but is not intended to be comprehensive.
View all posts by jadefrost →
This entry was posted in NHK, Spring 2015 Dramas and tagged Kamiya Genjiro Torimono Hikae Season, Nakamura Baijaku, Ono Takehiko, Takahashi Mitsuomi. Bookmark the permalink.