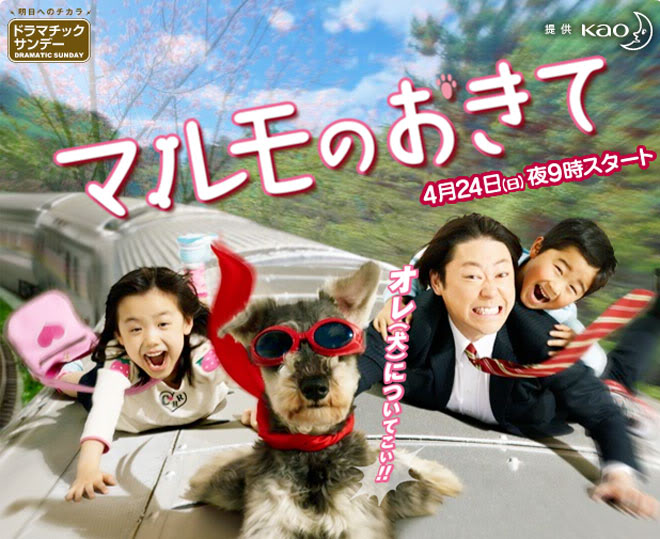 Story
Takagi Mamoru is a salaryman who works at Akebono Stationery’s customer support desk. During his student days, he had been a reserve catcher on the baseball club. At a club reunion, he meets his good friend, Sasakura Junichiro, for the first time in years. Junichiro, who has been single-handedly raising his twins, Kaoru and Tomoki, after a divorce from his wife, appears to be a doting parent. Although Mamoru tells Junichiro that it is impossible for himself, he is impressed. The next day, when Mamoru returns to the office after a client visit with his colleague, Mashima Takanori, he receives a phone call from Junichiro, who pretends to be an aggrieved customer. Junichiro is about to talk about something, but Mamoru spots the object of his affection, Makimura Kana from the public relations department, in front of him and hangs up the phone without listening. One day, Mamoru receives news about Junichiro’s death from a baseball club buddy, and experiences a big shock at this sudden incident. Junichiro had wanted to have a normal association with Mamoru until the end, and bade the people around him not to tell Mamoru that he was suffering from end-stage cancer. Mamoru happens to hear the relatives discuss the future of the twins at the crematorium. The outcome of that discussion is that the two of them will be fostered out separately in consideration of household budget. Mamoru recalls Junichiro’s words that being together forever, is happiness for the children, but there is nothing he can do. On the way back from the crematorium, he sends Kaoru and Tomoki off with mixed feelings as they are taken into different cars. Several days later, Tomoki goes missing from a relative’s house, and Mamoru is contacted. Remembering how the boy had cried as he was placed in their custody, Mamoru visits that relative’s house. Kaoru has also come, and so, the two of them search for Tomoki together. At the same time, a dog appears in front of Tomoki, who is walking in an alley. A lost Tomoki bursts into tears, and hears a voice say, “Don’t cry” … …

Characters
Abe Sadao as Takagi Mamoru
An ordinary salaryman who works at Akebono Stationery, an office supply maker. He is single. He had been with the product development department since the day he entered the company, but was transferred to the customer support desk as a result of the complaints received just before merchandise, which he had conceived, was launched and could not be sold. One day, Sasakura Junichiro, his good friend from his junior high school baseball club days, suddenly dies, leaving behind young twins who are split up and taken in by relatives. Feeling compassion for them under those circumstances, he declares that he will take care of the twins for the time being. For some reason a talking dog settles down in his house, and the children argue each time he gives them instructions. The easygoing life he has led so far is disturbed, but he overcomes a variety of problems and his enthusiasm for things which he had given up on is revived. The Takagi family, which started out as a “sham family” gradually becomes a “real family” through the support of various people.

Asahida Mana as Sasakura Kaoru
The daughter of Sasakura Junichiro. Sasakura Tomoki’s twin sister. A new first-grade student this April. She cleverly gives rejoinders that would put adults to shame. She has been brought up by her father ever since her parents divorced. Because she has no mother, she has automatically had to be grounded since young without realising it. Tomoki is a pampered child who in some way has his head in the clouds, and she always tries to do her best as the older sister to protect him. When their father dies of illness, they are adopted by relatives, but she had been told by him, “Always be together with Tomoki”. And she decides to keep those words in spite of her young age. So, they end up being taken in by their father’s good friend, Takagi Mamoru.

Suzuki Fuku as Sasakura Tomoki
The son of Sasakura Junichiro. Sasakura Kaoru’s twin brother. A new first-grade student this April. An innocent and kind-hearted boy, although he is a crybaby. He loves animals. In complete contrast to his sister, who is a person of steady character, Tomoki is a slightly problematic child as he will blankly lose his way. One day, he encounters the dog, Mook, and they become fast friends. He throws a tantrum insisting that they live together. Mook gives emotional support to Kaoru and him.

Mook the dog (?)
A unidentified miniature Schnauzer. Sasakura Tomoki encounters Mook when he runs away from the house of the relative who has adopted him. He becomes attached to the children. They cannot own an animal and he is pushed around by Takagi Mamoru, but he sticks to the children for some reason. In time, Mamoru gives up and Mook ends up living in the Takagi home. He would suddenly speak human words with a child’s voice. He always sides with the children and opposes Mamoru, but to Mamoru, things will take a favourable turn as a result of a sharp word. He does not talk to other people except Mamoru and the twins.

Higa Manami as Hatanaka Aya
The only child of the owner of the pub ‘Kujira’ on the first floor of the apartment building where Takagi Mamoru lives. She married at the age of 22, resigned from her company and became a full-time housewife. However, married life soured and she divorced two years ago. She began dating a male acquaintance when she recovered from the hurt of her divorce, but it ended in failure. Deeply hurt, she comes to live in her parents’ home using her father’s back problem as the pretext. She had always been a strong-willed girl, but because she is actually a person who gets easily hurt, she is suspicious of all men besides her father. She was initially completely uninterested in Takagi Mamoru whose looks did not fit her taste. However, her interest in the Takagi family is triggered by taking care of the children for several hours.

Ibu Masato as Samejima Yuzo
The head of Akebono Stationery’s customer support desk, and Takagi Mamoru’s boss. He was transferred to this department according to his own request, and is a dedicated salaryman who has the company’s best interests in mind. He has found Mamoru’s ideas interesting ever since the time he was with the product development department, and is privately impressed with him. He learns that Mamoru is raising the children and supports him both in his public and private life.

Takizawa Saori as Makimura Kana
An employee at Akebono Stationery’s public relations department. She visits the customer support desk from time to time in the course of her work. A lady who is gifted with both beauty and intelligence, and is good at her job. She has many fans within the company. She is the earnest type who expresses her feelings openly, but is liked by people because she also has charm. She has only been dating handsome men, but becomes interested in the honest but awkward Takagi Mamoru.

This blog contains information and musings on current and upcoming Japanese dramas but is not intended to be comprehensive.
View all posts by jadefrost →
This entry was posted in Fuji TV, Spring 2011 Dramas and tagged Abe Sadao, Ashida Mana, Higa Manami, Ibu Masato, Marumo no Okite Series, Suzuki Fuku. Bookmark the permalink.