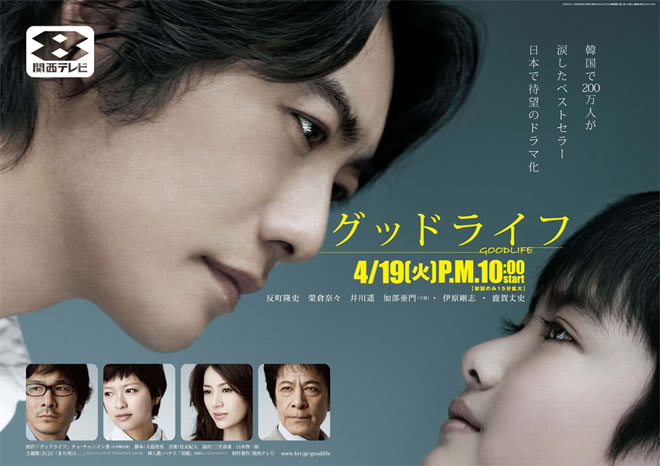 Story
Sawamoto Daichi is an ace reporter at Sanwa Shimbun’s City News desk. He has stolen a march on other newspapers by grabbing numerous scoops and is proud of himself for having the respect of society. Then one day, his wife, Kaori, leaves behind the divorce papers and moves out. Daichi, who had left family matters to Kaori, neglects their 6-year-old son, Waku, and hurriedly sets off for his interview location. At the same time, Konno Nanami takes up the position of new child life specialist (CLS) at Meisei University Hospital’s pediatrics department. Nanami enthusiastically greets pediatrician, Maruyama Minato, and the rest of the medical team. However, the attitude of the nurses is chilly as they are unfamiliar with the title of the CLS who provide psychological support to hospitalised children. Meanwhile, Daichi receives a call from Kaori’s lawyer about the divorce and is shocked. Furthermore, he gets a phone call informing him that Waku has been hospitalised because of the injuries he had sustained, but he hangs up the phone without listening to the details and heads to the lawyer’s office. At that moment, Yukimura Shinpei, a professor at Tokyo Arts University who has taken care of Kaori, is with her … … Thankfully, Waku’s injury is not serious, but Waku’s words about feeling a pain in his knee for some time makes Maruyama apprehensive. Daichi finally arrives at the hospital. Nanami, who has been keeping Waku company, censures Daichi for leaving his son alone for two hours. However, she takes an interest in Daichi’s behaviour as he forcibly takes Waku and attempts to leave the hospital … …

Characters
Sorimachi Takashi as Sawamoto Daichi
A reporter who works at Sanwa Shimbun. A workaholic who is methodical and does not compromise. He sticks to his position even with his superiors, and mercilessly yells at his subordinates. He is admired for his work but there is no one at his workplace whom he can call his friend. He starts to live with his son, Waku, after his wife, Kaori, leaves home.

Eikura Nana as Konno Nanami
A child life specialist (CLS) who works at Meisei University Hospital’s pediatric department. She is diligent but her ideals are too lofty – a rather big-headed first year member of society. The harder she tries, the more her enthusiasm proves fruitless and at times causes trouble. She grows as a person as she gets involved with the children and Sawamoto Daichi and Waku in various situations.

Igawa Haruka as Sawamoto Kaori
Sawamoto Daichi’s wife and the mother of Waku. Because she used to be a museum curator, she would manage the planning and organising of exhibitions and fly about domestically and internationally. However, she took up homemaking after becoming pregnant with Waku.

Kabe Amon as Sawamoto Waku
Sawamoto Daichi’s son. He is 6 years old and has the nickname “Wakkun”. Because he feels embarrassed to referring to himself as “ore” and “boku” (which means “I” or “me”), he gets teased by his classmates for also calling himself “Wakkun”.

Ihara Tsuyoshi as Maruyama Minato
A politely insolent pediatrician at Meisei University Hospital. He has been divorced once. An untidy, lousy doctor who sleeps in the hospital. His desk is covered with rubbish and he indulges in the sexual harassment of the nurses. However, he is actually a distinguished pediatrician who is able to face children with sincerity.

Kaga Takeshi as Yukimura Shinpei
A university arts professor. He met Sawamoto Kaori by chance and is the only person whom Kaori has confessed the weight on her mind. He has initiated an arts workshop for children and dedicates himself to the attempt of cultivating Waku’s talent at individualistic drawings. He is adored by Waku who calls him “Pesen”.

This blog contains information and musings on current and upcoming Japanese dramas but is not intended to be comprehensive.
View all posts by jadefrost →
This entry was posted in Fuji TV, Spring 2011 Dramas and tagged Eikura Nana, Good Life, Igawa Haruka, Sorimachi Takashi. Bookmark the permalink.