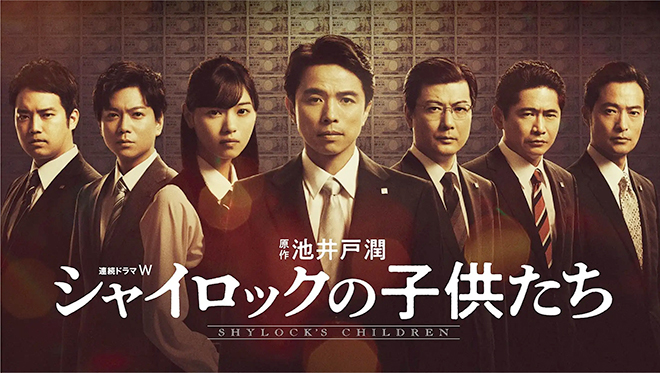 Synopsis
Tokyo Daiichi Bank’s Nagahara Branch is a small branch which has dealings mainly with micro, small and medium enterprises. Its staff include deputy section chief Nishiki Masahiro who has been sidelined from the career track; Nishiki’s serious subordinate Kitagawa Airi who supports her family; elite branch manager Kujo Kaoru who is a strategist; assistant branch manager Furukawa Kazuo who will not shy from harassing subordinates to make sure they perform; and top salesman Takino Makoto. Each one of them have their own circumstances and troubles. One day, it is discovered that 1 million yen in cash is missing from Nagahara Branch. Although Airi is suspected to be the culprit, Nishiki who was supposed to pursue the matter suddenly vanishes. Sakai Hiroshi from the personnel department immediately asks the staff about the situation. Airi asserts that it is hard to imagine that a family man like Nishiki would disappear like this. The two mysteries of the missing cash and Nishiki’s disappearing act as well as the stories of the branch employees start to intersect. The wrongdoing behind the missing cash and the shocking truth of his disappearance eventually come to light.

Characters
Inohara Yoshihiko as Nishiki Masahiro
The deputy chief of the sales section at Tokyo Daiichi Bank’s Nagahara Branch. Although he has been sidelined from the career track, his subordinates have strong faith in him. He goes after the culprit when cash is found missing at the branch but disappears all of a sudden one day.

Nishino Nanase as Kitagawa Airi
A staff of the sales section at Tokyo Daiichi Bank’s Nagahara Branch. Nishiki Masahiro’s direct subordinate. She contributes half of her salary to the household budget in order to support her family but finds herself framed for the missing case incident due to someone’s ulterior motive.

Tamayama Tetsuji as Sakai Hiroshi
A middle manager at Tokyo Daiichi Bank’s Personnel Department. Blaming himself for the death of his good friend Kono Akihiko, he carefully carries out interviews and internal investigations. He pursues the truth of the missing cash incident that occurred at the Nagahara Branch and Nishiki Masahiro’s disappearance.

Kato Shigeaki as Takino Makoto
The deputy chief of the business affairs section at Tokyo Daiichi Bank’s Nagahara Branch. He is always the top in sales and the ace of Nagahara Branch. He has a good relationship with his beloved wife and only son, and is seen as doing well both in his professional and personal life.

Miura Takahiro as Takemoto Naoki
The deputy chief of the loans section at Tokyo Daiichi Bank’s Nagahara Branch. Despite his competent business skills and good results, he has been sidelined just like Nishiki Masahiro because he took responsibility for a subordinate’s misconduct.

Maekawa Yasuyuki as Kujo Kaoru
The branch manager of Tokyo Daiichi Bank’s Nagahara Branch. An elite from the inspection department. He is usually cool and gentlemanly but his true nature is that of a passionate tactician.

This blog contains information and musings on current and upcoming Japanese dramas but is not intended to be comprehensive.
View all posts by jadefrost →
This entry was posted in Fall 2022 Dramas, WOWOW and tagged Maekawa Yoichi, Shylock no Kodomotachi, Tamayama Tetsuji. Bookmark the permalink.