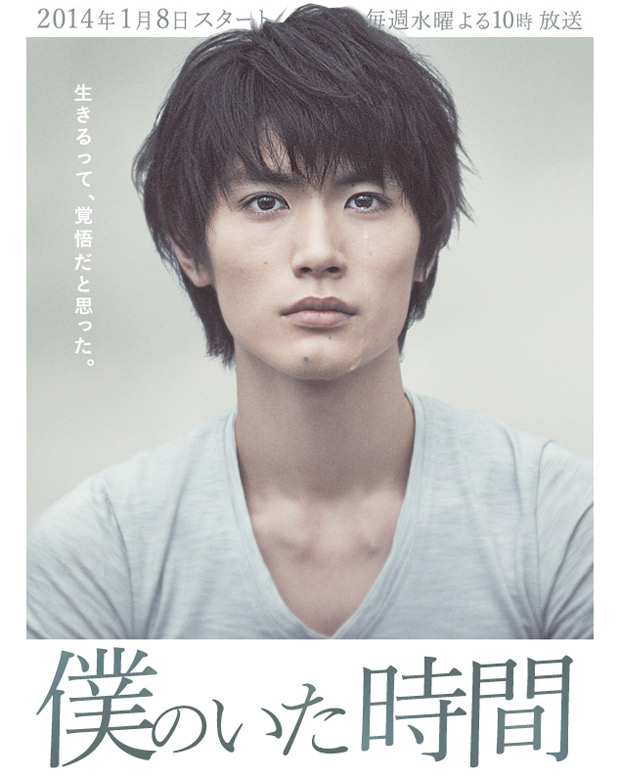 Story
Sawada Takuto is a fourth year university student looking for a job. His family runs a general hospital in Yamanashi Prefecture, and his parents had expected him to become a doctor. But at some point, those hopes were directed at his brother Rikuto, who is four years his junior. Hongo Megumi attends the same university as Takuto. She works part-time at a family restaurant while intently looking for a job. She also has to pay off her student grant and her goal is to become a full-time employee at a well-known company as much as possible. During a group interview at a trading company, Megumi’s mobile phone suddenly rings because she forgot to turn it off. The call is from her mother Shoko. At that moment, it is Takuto who instantly leaps to his feet and covers up for Megumi by claiming that he is the one at fault. After the interview, Takuto tells Megumi that it was to call attention to the interviewers. He says goodbye ane leaves. When Takuto is with his classmate Mizushima Mamoru at a cafeteria on campus, Mamoru’s mobile phone rings. It is a call from a company about an unofficial job offer. Then Megumi comes with her friend Murayama Hina. She realises for the first time that they belong to the same university and is surprised. Learning that Takuto had also not been selected by the trading company, Megumi apologises to him. He declares to her that they should go and get the reason straight from the company, but they get turned away because it is a sensitive answer. Takuto and Megumi decide to escape from reality for just one day, and go to the seaside for fun. The two of them have a happy time as they drink sparkling wine. They write letters to themselves three years later which they put into an empty bottle and bury at the beach. Meanwhile, Takuto’s parents and Rikuto arrive at Takuto’s apartment. This is in preparation for Rikuto’s medical school entrance exams. Their father Akio asks if Takuto will do administrative work at the hospital, adding that it will look better than joining a company that nobody knows. Takuto continues job hunting and relaxing in the company of his senior Mukai Shigeyuki. At this point, he still has not realised the abnormal changes going on in his own body. Then one day, Takuto is informed that he does not have long to live because he is suffering from amyotrophic lateral sclerosis (ALS). It is an incurable, progressive neurodegenerative disease that affects the motor neurons which provide voluntary movements and muscle power. Muscles gradually atrophy and breathing difficulties develop. Without an artificial respirator, it will eventually result in death. Takuto, who has given vague thought to his goals in life, starts to explore what is left of his life and lives with a positive attitude.

Characters
Miura Haruma as Sawada Takuto
A fourth year university student who is job hunting. His father is the director of a mid-sized general hospital. His parents had expected him to become a doctor, but began to focus their hopes on his younger brother Rikuto, who is four years his junior, at some stage during his junior high school years. Although Takuto is popular and is good at befriending females, he actually has no confidence that he will be loved and avoids deep emotional involvement with anyone.

Tabe Mikako as Hongo Megumi
Sawada Takuto’s schoolmate. A fourth year university student who has not found a job and is at her wits end. Her father died when she was young and she lives with her mother Shoko. She hopes to get a job in a reputable company as much as possible. After graduating from university, she must repay her student grant. She just wants to be a full-time employee. Although she is pure and straightforward, she has a clumsy side.

Saito Takumi as Mukai Shigeyuki
Sawada Takuto’s senior and big brother figure in the tennis club. His job search did not go well and he went on to graduate school. The number of girls he has dated in the past is the same as Takuto’s. Although he jokes about their similar taste in girls, he actually feels a sense of rivalry with Takuto. When he learns that Takuto and Hongo Megumi have begun dating, he suddenly starts to get close to Megumi.

Yamamoto Mizuki as Murayama Hina
Hongo Megumi’s friend. Her job search is not going well, and spouse hunting starts to become an encouragement. Before she realises it, she is putting most of her effort in spouse hunting compared to job hunting.

Nomura Shuhei as Sawada Rikuto
Sawada Takuto’s younger brother. He went on to medical school after graduating from high school. He goes up to Tokyo and lives with Takuto. His parents have expected him to become a doctor since he was a child, and he himself takes it for granted that he will be a doctor. He clashes with his brother over everything.

Fukikoshi Mitsuru as Tanimoto-sensei
Sawada Takuto’s attending physician. He is a clinical neurologist who has seen many cases of amyotrophic lateral sclerosis (ALS) in the country.

Asada Miyoko as Hongo Shoko
Hongo Megumi’s mother. She works part-time at a shop selling take-away meals. Her husband died of illness. After it was pronounced that he will not have long to live, she raised a young Megumi while devoting herself to supporting and nursing him. She is cheerful, sloppy and affectionate, but he fears losing the person she loves again and will not consider remarriage.

Harada Mieko as Sawada Sawako
Sawada Takuto and Rikuto’s mother. She has high expectations of Rikuto.

Koichi Mantaro as Sawada Akio
Sawada Takuto and Rikuto’s father. The director of a general hospital. He pins his hopes on his second son, Rikuto.

This blog contains information and musings on current and upcoming Japanese dramas but is not intended to be comprehensive.
View all posts by jadefrost →
This entry was posted in Fuji TV, Winter 2014 Dramas and tagged Boku Series, Harada Mieko, Miura Haruma, Tabe Mikako. Bookmark the permalink.