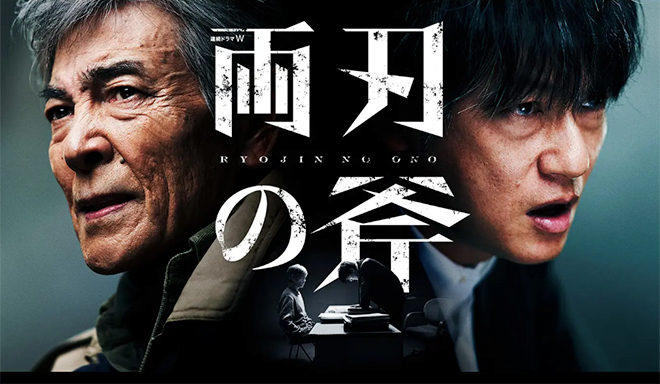 Synopsis
The eldest daughter of Detective Shibasaki Sachio from the First Investigation Division is found stabbed to death. He goes after the truth with Kawasumi Shigekatsu, a junior detective who respects Shibasaki as his mentor in life and is a close family friend. However, the hard work of the police is in vain. There are no developments due to the numerous questionable points at the crime scene and case goes unsolved. 15 years later, Shibasaki is retired and quietly spending the rest of his life looking after his wife Miwako who is seriously ill. However, the situation suddenly changes with the establishment of a unit specialising in re-investigating unsolved cases. Kawasumi also joins them. As the case is being reexamined, the existence of man who is believed to be the criminal emerges. The detectives take action while Shibasaki pursues the truth on his own. But a single phone call triggers a desire for vengeance and he winds up under suspicion. Thrust into opposing sides, Shibasaki and Kawasumi are forced into conflict … …

Characters
Shibata Kyohei as Shibasaki Sachio
A former detective of the prefecutral police’s First Investigation Division. 15 years ago, his eldest daughter Yoko was murdered. He has been pursuing the case on his own even after he retired from the police force.

Iura Arata as Kawasumi Shigekatsu
A detective with a police precinct. He became a police officer following an encounter with Shibasaki Sachio. He is concerned about Shibasaki who is a family friend. He joins the unit specialising in reinvestigations but … …

Fubuki Jun as Shibasaki Miwako
Shibasaki Sachio’s wife. She has been hospitalised for an illness. She hopes to live the rest of her life quietly as she thinks about her daughters who have passed on.

Takaoka Saki as Kawasumi Taeko
Kawasumi Shigekatsu’s wife. She keeps a strict watch on her husband at times while she steadfastly supports the family as the wife of a detective.

Nao as Kawasumi Hinata
Kawasumi Shigekatsu’s only daughter. While she rebels against her father who does not care about the family, she has become a police officer too.

Namioka Kazuki as Kajino Akira
A detective who belongs to the Prefectural Police headquarters. Kawasumi Shigekatsu’s peer and the leader of the unit specialising in re-investigating unsolved cases.

Mikami Ai as Shibasaki Yoko
Shibasaki Sachio’s eldest daughter. A nursery school teacher. She lived on her own and was found stabbed to death in her home 15 years ago.

Nagasawa Itsuki as Shibasaki Wakana
Shibasaki Sachio’s second daughter. After Yoko died, she passed away from leukaemia at the age of 17.

This blog contains information and musings on current and upcoming Japanese dramas but is not intended to be comprehensive.
View all posts by jadefrost →
This entry was posted in Fall 2022 Dramas, WOWOW and tagged Fubuki Jun, Iura Arata, Ryojin no Ono, Shibata Kyohei. Bookmark the permalink.