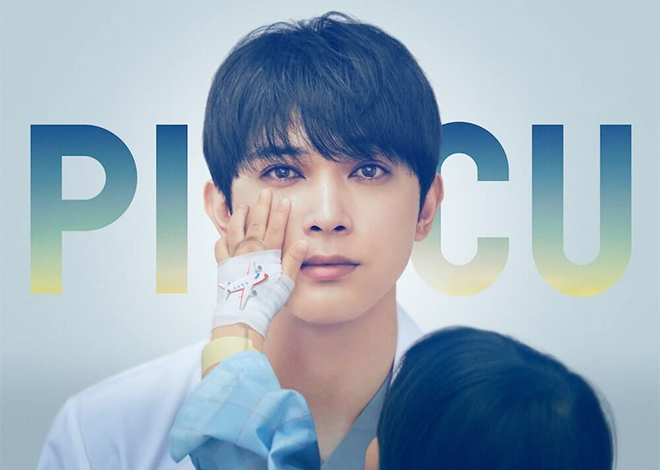 Synopsis
Born and raised in Hokkaido, 27-year-old Shikota Takeshiro is a paediatrician at Okadama Hospital. Desiring stability, he had become a paediatrician thinking that any medical specialisation will be fine if there is a hospital he can commute to from home. His childhood friends Yano Yuta, an emergency doctor at Abashiri General Hospital; Wakui Momoko, the daughter of the owner of a tour bus company where his mother works as a bus guide; and Kawamoto Mai, a paediatric surgeon at the same hospital as him, are like family. One day, Takeshiro gets ordered to move to the hospital’s newly established PICU = Paediatric Intensive Care Unit. This is where he meets Ueno Hajime, a pioneer in paediatric treatment who has pushed to put in place paediatric intensive care units all across the country. A tragedy that occurred in Hokkaido three years ago was a major turning point that spurred Samejima Tatsuki, governor of Hokkaido, to visit Ueno and request a Paediatric Intensive Care Unit. She promised to fulfil his terms in the near future. Ueno came all the way from Tokyo to accomplish his “last big task” – setting up the country’s leading paediatric intensive care unit which will use medically-equipped jet planes against vast nature and accept any child no matter what their condition is. Such planes can cross over mountains quickly and surmount the overland transportation challenge in Hokkaido. This encounter with the resolute Ueno will greatly change Takeshiro’s life as a paediatrician. However, the Paediatric Intensive Care Unit is not ready to accept emergency cases. Not with just four staff. Takeshiro, the simple immature crybaby, will have to deal with the reality of a harsh workplace which can make the difference between a child’s life and death.

Characters
Yoshizawa Ryo as Shikota Takeshiro
A paediatrician who lives with his mother Minami. His father died when he was a young child and his mother raised him on her own. He is a gentle young man who cares for his mother and is good at cooking and doing all household chores but he can be clumsy in important situations. He has to squarely face paediatric surgeon Ueno Hajime’s question of what a doctor’s job means to him.

Yasuda Ken as Ueno Hajime
He obtained qualifications in paediatric intensive care in the United States. A pioneer in paediatric treatment who has been pushing to put in place paediatric intensive care units all across the country after his return to Japan. He is a soft-spoken, mild-mannered and kind-hearted paediatric surgeon who never forgets children’s point of view. He patiently instructs Shikota Takeshiro. Having come all the way to Hokkaido, he has the ambitious goal of establishing one of the country’s best PICU using medically-equipped jets against vast nature.

Kimura Fumino as Watanuki Risa
An emergency doctor who has come to PICU at Ueno Hajime’s invitation. She was acknowledged as an outstanding doctor by her superiors. Then tragedy struck. She has closed herself off since that day and evaluations of her work have also completely changed. At the workplace, she gets treated with great caution. Although she joined PICU at the same time as Shikota Takeshiro, she has an arrogant and combative attitude. She does not recognise the immature Takeshiro as a doctor and harshly criticises him for being useless.

Takasugi Mahiro as Yano Yuta
Shikota Takeshiro’s good friend. After graduating from medical school, he left his hometown of Sapporo and has been fighting on alone as a doctor in Abashiri. He understands Takeshiro well and encourages Takeshiro each time he calls to discuss his problems. He is dependable and has been loved dearly by the people around him since he was a child. He actually has a secret that he cannot tell anyone.

Kikuchi Rinko as Samejima Tatsuki
The young 38-year-old governor of Hokkaido who is striving to make Hokkaido a liveable city. After a young girl’s death, she keeps questioning the need for PICU to prevent another tragedy like this from happening again. She has strong convictions and vows, “Hokkaido is a beautiful place. That is why children living here should not lose their lives because Hokkaido is vast and Sapporo is far.”

Issey Ogata as Yamada Toru
The director of Yamada Hospital which has been around in Wakkanai City from a long time ago. He wears thick glasses and seems obstinate. The hospital building is dilapidated, the garden is also in a sad state and the examination room is lined with old medical devices. One day, a young girl comes to him complaining of abdominal pain. This later develops into a big situation that will involve Shikota Takeshiro and his colleagues … …

Otake Shinobu as Shikota Minami
Shikota Takeshiro’s irreverent, cheerful mother who has a big heart just like the vast land of Hokkaido. Her husband died young and she had to raise their son on her own. She earned a living as a bus guide. Even though she has retired, she is still physically fit and helps out occasionally. She is currently taking intensive training in hula dance to go to Hawaii.

This blog contains information and musings on current and upcoming Japanese dramas but is not intended to be comprehensive.
View all posts by jadefrost →
This entry was posted in Fall 2022 Dramas, Fuji TV and tagged Issey Ogata, Kikuchi Rinko, Kimura Fumino, Otake Shinobu, PICU, Yasuda Ken, Yoshizawa Ryo. Bookmark the permalink.