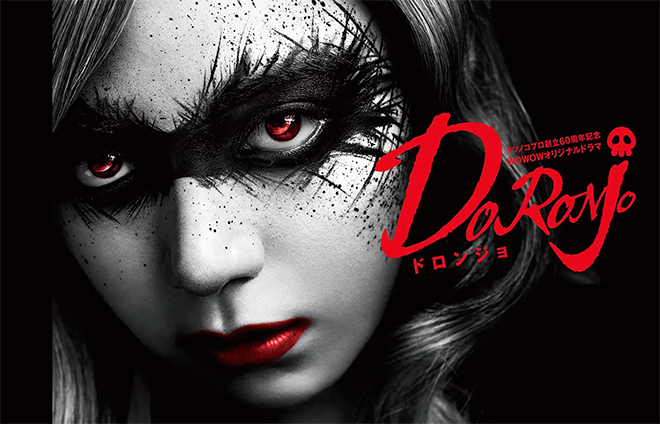 Synopsis
Dorokawa Nao who later became Doronjo was abandoned by her parents when she was a young child and adopted by her mother’s older brother Masaharu who runs a failing boxing gym. She endures harsh training from him in boxing and has her sights set on representing Japan in amateur boxing. Nao’s rival is Hijirikawa Aika. The daughter of a major company’s CEO, Aika has excellent boxing instincts and has also made used of her beauty to become an influencer whom everyone loves. A one-on-one fight is set to take place between Nao and Aika – two young women with contrasting backgrounds and personalities – to determine who represents the country at an international championship. However, right after the match that will determine Nao’s life, an unexpected, devastating tragedy strikes. She has been exploited as if she were a fighting tool in a poor and harsh environment, cutting a beautifully lonely figure who struggles to live despite the circumstances she has been placed in. The only way Nao can demonstrate her worth is on the battleground of real intense physical fights with fellow combatants. A series of devastating tragedies befalls her. What led Doronjo to turn to evil?

Characters
Ikeda Eliza as Dorokawa Nao
She grew up in a poor and harsh environment, and was relentlessly trained in boxing by her uncle Dorokawa Masaharu. She sets her sights on representing Japan in amateur boxing. But later becomes Doronjo and forms the villainous trio – Doronbo.

Yamazaki Hirona as Hijirikawa Aika
The daughter of the CEO of a major company, and the rival whom Dorokawa Nao battles with to represent the country in amateur boxing. She grew up in a wealthy family and uses her beauty as an influencer. She becomes Yatterman 2 later on.

Yamoto Yuma as Hugo
A genius with machines, he later becomes Boyakky. He always takes action with Shon.

Kaneko Daichi as Takaiwada Gan
Hijirikawa Aika’s childhood friend. He aspires to make the world a better place and is the representative of an organisation that supports victims of crime. But ironically, he derails Dorokawa Nao’s life. He becomes Yatterman 1 later on.

Ichinose Wataru as Shon
He later becomes Tonzura. Despite his large build and tough look, he is a kind-hearted young man. He is always with Hugo.

Tanaka Shunsuke as Esu
A mysterious person who lives with Hugo and Shon in the underworld.

Furuta Arata as Gunsawa
A detective who is investigating a case that is related to Dorokawa Nao.

Kondo Yoshimasa as Tsutsujigano Shion
Dorokawa Nao’s biological father. He has an iron-fisted and cruel personality. He controlled Nao in her early childhood but he now lives under his wife’s care.

Kirishima Reika as Tsutsujigano Ran
Dorokawa Nao’s biological mother and older sister of Dorokawa Masaharu. She was forced to leave a young Nao with her brother due to some pressing circumstances. She reappears in front of her daughter during the qualifying competition for the international championship.

Hirayama Yusuke as Dorokawa Masaharu
Dorokawa Nao’s uncle and foster father. He drilled boxing into her through tough coaching. He is a selfish man who exploits her as if she is a tool in order to rebuild his own boxing gym.

This blog contains information and musings on current and upcoming Japanese dramas but is not intended to be comprehensive.
View all posts by jadefrost →
This entry was posted in Fall 2022 Dramas, WOWOW and tagged Doronjo. Bookmark the permalink.