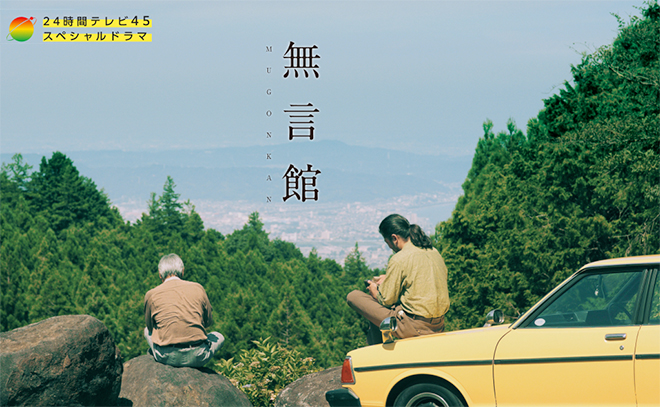 Date: From 9.00 p.m., 27 August 2022
Scriptwriter: Gekidan Hitori
Director: Gekidan Hitori
Cast: Asano Tadanobu, Daichi Yasuo, Sasano Takashi, Denden, Yuki Saori, Dan Fumi, Minagawa Sarutoki, Watanabe Makiko, Yagi Rikako, Kageyama Takuya, Terao Akira
Synopsis: In the midst of the Pacific War, art students continued to draw until just before they they departed for military service. Thinking that they might not make it back alive, what they painted during the time they had left were all surprisingly idyllic. These included paintings of the ridges between rice fields in their hometown, fantasised scenes of family gatherings, and the women they love. An entrepreneur Kuboshima Seiichiro (Asano Tadanobu) comes up with the idea of establishing an art museum called Mugonkan or Museum of Silence, after he is invited by the painter Nomiyama Gyoji (Terao Akira) to see the paintings of these art students who died in battle. Nomiyama himself went off to fight but was sent home before the war ended after he fell seriously ill. The two men travel all over the country, seeking out surviving family members in a bid to collect the paintings to display at the museum. But Kuboshima faces numerous obstacles including construction cost problems and criticism from bereaved families. He even asks himself if it is right for someone like him who kept thinking about how to make money and not about the war to do something like this. After overcoming various obstacles to set up the museum in Ueda in Nagano Prefecture, a moving miracle awaits him.
Official Website: www.ntv.co.jp/24h-drama2022
Twitter: twitter.com/mugonkan_24htv

This blog contains information and musings on current and upcoming Japanese dramas but is not intended to be comprehensive.
View all posts by jadefrost →
This entry was posted in NTV, Summer 2022 Drama Specials and tagged Asano Tadanobu, Denden, Gekidan Hitori, Mugonkan, Terao Akira. Bookmark the permalink.