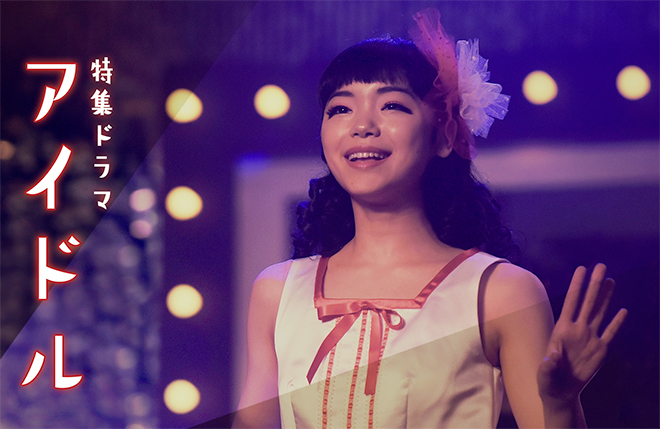 Date: From 7.30 – 8.43 p.m., 11 August 2022
Scriptwriter: Yatsu Hiroyuki (Ochoyan, Miss Jikocho, Rikuou)
Director: Suzuki Wataru
Cast: Furukawa Kotone, Yamazaki Ikusaburo, Manaki Reika, Masakado Yoshinori, Tamura Meimi, Shiina Kippei
Synopsis: Aspiring to become a star, Onodera Toshiko (Furukawa Kotone) moves from Iwate Prefecture to Tokyo in 1936 to audition for the Shinjuku theatre, Moulin Rouge. She catches the eye of its manager and producer Sasaki Senri (Shiina Kippei) and star actress Takanawa Yoshiko (Manaki Reika), and begins working as a member of the troupe. Toshiko lives in obscurity, forgoing sleep to spend most of her day practicing and performing on stage. But one day, an incident happens that propels Toshiko to take centre stage. Half a year later, Toshiko changes her name to Ashita Matsuko. She forms a young group with fellow members including Koyanagi Nanako (Tamura Meimi) and enjoys overwhelming popularity. The theatre sells out every day, packed with a large number of her fans. Matsuko firmly establishes her place centre stage and becomes an idol to each of her fans. Meanwhile, as Japan pushes forward with the war, this has an impact on Moulin Rouge. The red windmill which has been the symbol of the theatre is removed and star actor Yamaguchi Shotaro (Yamazaki Ikusaburo) has to depart for the warfront. Matsuko eventually starts to support the war in response to the expectations of her fans on the battlefield … …
Official Website: www.nhk.jp/p/ts/98L13QPNKX
Twitter: twitter.com/nhk_dramas

This blog contains information and musings on current and upcoming Japanese dramas but is not intended to be comprehensive.
View all posts by jadefrost →
This entry was posted in NHK, Summer 2022 Drama Specials and tagged Furukawa Kotone, Idol, Shiina Kippei, Yamazaki Ikusaburo. Bookmark the permalink.