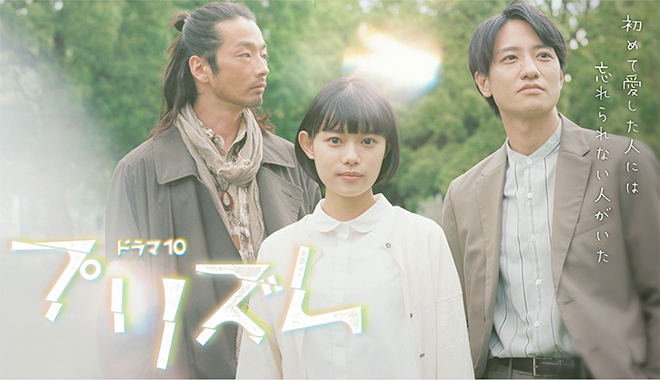 Synopsis
Maeshima Satsuki works part time at a garden centre in Tokyo. While her aspiration is to be a voice talent, she is on the verge of giving up. Satsuki has never been serious in what she does. It is the same with romance. However, she meets Morishita Riku who is a garden designer. A terrarium that she made captures his attention, and the small world encased in glass brings the two of them closer. When they go out into the forest, Satsuki is drawn to Riku who behaves naturally. Despite being unable to make out his true intentions, she ends up working on probation at the gardening company that employs him. Riku wants to use Satsuki’s terrarium in a new garden project he has undertaken. Before long, the two of them become a couple. Then the gardener Shiraishi Yuma joins the project and Riku is greatly shaken. Unaware of their reunion, Satsuki is impressed with Yuma’s knowledge about plants and unique personality. The feelings of the three of them intertwine as they focus on completing the garden. Satsuki eventually makes a choice.

Characters
Sugisaki Hana as Maeshima Satsuki
A part-timer at a garden centre. She is never serious in what she does and cannot believe the memories of her family’s happy moments due to some conflict. Then she meets Morishita Riku through a terrarium that she made and the two of them end up dating.

Fujiwara Kisetsu as Morishita Riku
A garden designer. He and Maeshima Satsuki get to know each other after a terrarium that she made catches his attention. He meets Shiraishi Yuma through a garden project and his confusion is evident.

Kanichiro as Araki Tsuyoshi
Maeshima Satsuki’s childhood friend. He continues to have feelings for Satsuki even to this day.

Ishii Anna as Nogi Ayaka
Maeshima Satsuki’s roommate. She aspires to be a voice talent.

Moriyama Mirai as Shiraishi Yuma
A gardener who has returned to Japan from abroad. He joins the Morishita Riku’s garden project.

This blog contains information and musings on current and upcoming Japanese dramas but is not intended to be comprehensive.
View all posts by jadefrost →
This entry was posted in NHK, Summer 2022 Dramas and tagged Moriyama Mirai, Prism, Sugisaki Hana, Wakamura Mayumi. Bookmark the permalink.