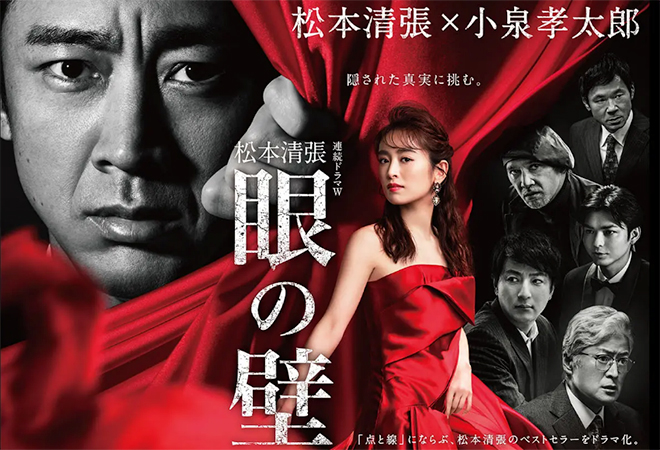 Synopsis
In 1990, Hagisaki Tatsuo, the head of the accounting division of cash-strapped Ukishima Power Generation Corporation, along with department head Sekino Tokuichiro are making every effort to negotiate loans. They are introduced by financier Yamasugi Kitaro to a man called Horiguchi Masaru who has the ingenious idea of raising funds by using a draft also known as bill of exchange. Sekino takes up Horiguchi’s offer. However, right after prospects start looking brighter for them, Sekino is scammed of 2 million yen in drafts and then disappears. The management decides to cover up the incident for appearance’s sake. Hagisaki trusted Sekino who is also the benefactor of Hagisaki’s father. Disappointed in the company’s actions, Hagisaki enlists the help of a news journalist friend Muraki Mankichi and starts to pursue the truth as well as Sekino’s whereabouts. But the more they investigate, the murkier the case gets. There are signs of a powerful person and an organisation in the background. They reach Uesaki Etsuko, an enigmatic beauty who appears to hold the key to the mystery.

Characters
Koizumi Kotaro as Hagisaki Tatsuo
The head of Ukishima Power Generation Corporation’s Accounting Division. A man with a strong sense of righteousness, he hated being complicit in window dressing and quit his job with a large manufacturer. He gets into action to help Sekino Tokuichiro who was scammed of his drafts and disappeared.

Izumi Rika as Uesaki Etsuko
A hostess at Gessekai, a club that is frequented by prominent figures from political and business cricles. Hagisaki Tatsuo finds out about her existence while pursuing the truth but her connection to the scam is shrouded in mystery.

Kamiji Yusuke as Muraki Mankichi
A journalist who works for Maicho Shimbun’s local news section. He was Hagisaki Tatsuo’s classmate back in high school and also belonged to the news club. Aiming to get a scoop on politicians, he assists Hagisaki in uncovering the truth

Komoto Masahiro as Sekino Tokuichiro
Hagisaki Tatsuo’s boss and also a father figure to him. He ends up falling victim to a scam while trying to save Ukishima Power Generation Corporation which is facing financial difficulties due to the bankruptcy of a client.

Yabu Kota as Horiguchi Masaru
A man claiming to be a financial consultant. He proposes the method of raising funds by using a draft to Sekino Tokuichiro. He then tricks him of 2 million yen in drafts through a brilliant trick and vanishes.

Kato Masaya as Tamaru Riichi
A mysterious man who wears a beret. He meets Hagisaki Tatsuo at the club Gessekai which Hagisaki visits in pursuit of the truth regarding the scam. However, he warns him for some reason that further prying will be dangerous.

Jinnai Takanori as Yamasugi Kitaro
A financier who has dealings with Ukishima Power Generation Corporation. He introduces a beleaguered Sekino Tokuichiro to Horiguchi Masaru in order to help him. However, Sekino ends up getting scammed by Horiguchi.

Original Work
Me no Kabe by Matsumoto Seichou

This blog contains information and musings on current and upcoming Japanese dramas but is not intended to be comprehensive.
View all posts by jadefrost →
This entry was posted in Summer 2022 Dramas, WOWOW and tagged Me no Kabe. Bookmark the permalink.