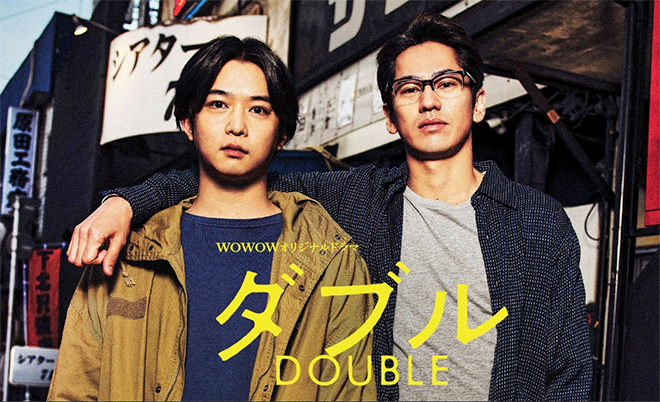 Synopsis
Takarada Takara, a company employee, walks lethargically without an umbrella as the rain falls. He is drawn by someone on the street hawking theatre company Gekidan Eiyu’s play and watches it at a small venue. Captivated by Kamoshima Yujin’s performance in the play, Takara decides to quit his job and to become an actor. He joins Gekidan Eiyu and Yujin drills the fundamentals of acting into him. Yujin is the first person to recognise Takara’s talent and hopes to make him the greatest actor in the world. At the same time, Yujin himself continues to dream of being the world’s best. The two of them live a strange communal life as they set their sights on becoming successful actors. With Yujin’s support, Takara’s natural charm and hidden talent eventually blooms. He begins to find stardom and suddenly gets scouted by Tsumeta Kazue, a manager from an entertainment agency. Takara has considerable faith in Yujin who habitually takes care of him, and is not enthusiastic about this offer. However, with some encouragement from Yujin, he ends up signing a contract with the agency and Kazue quickly gets him a role in a drama. This soon changes the relationship between Takara and Yujin.

Characters
Chiba Yudai as Takarada Takara
Mesmerised by Kamoshima Yujin’s performance in a play that he watched by coincidence, he joined the same theatre company. With Yujin’s support, his talent as an actor gradually develops.

Nagayama Kento as Kamoshima Yujin
A member of theatre company Gekidan Eiyu. He discovers Takarada Takara’s talent and starts to teach him the fundamentals of acting. He devotedly supports Takara while pursuing his own dream of becoming the world’s best actor.

Sakuraba Nanami as Tsumeta Kazue
A manager at the entertainment agency called Flat. She is fascinated with Takarada Takara and scouts him for her agency in the hope of bringing his charm to more people.

Kudo Haruka as Imagire Aki
An idol who is also an actress. She starts to take an interest in Takarada Takara after acting with him.

Itabashi Shunya as Mizuno Hideo
The leader of the theatre company Gekidan Eiyu which Kamoshima Yujin belongs to. He has a good understanding of Yujin and Takarada Takara.

Kanno Misuzu as Funato Hanae
A theatre director who offers Takarada Takara the lead role in a play that she is directing. She begins to notice dramatics that can only be created between Takara and Kamoshima Yujin.

Tsuda Kanji as Kurozu Soichi
A famous Japanese movie director who has worked on many well-known productions. He meets Takarada Takara and discovers his talent.

This blog contains information and musings on current and upcoming Japanese dramas but is not intended to be comprehensive.
View all posts by jadefrost →
This entry was posted in Summer 2022 Dramas, WOWOW and tagged Double, Nagayama Kento, Sakuraba Nanami. Bookmark the permalink.