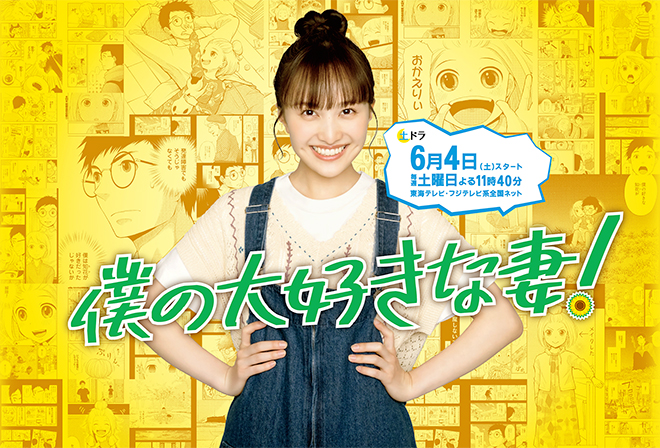 Synopsis
Kitayama Chika and Satoru are a newly married young couple and have moved into their new home. He is an assistant to a veteran manga artist Nomura Manbou while she is an apparel sales personnel on a contract. They are not well-off but they love each other and are happy. One day, Satoru starts to feel that something is not quite right. Chika made a promise to go out but does not remember it. Then he found an egg in a bathroom towel. She also immediately got sidetracked even though they had been talking. That said, it has not been to the extent that is concerning. However, the situation changes significantly when Chika gets fired and finds it troubling that she cannot do her job well. She learns from test results that she has a developmental disorder. Wanting to find out more about her disorder after hearing this diagnosis, Chika visits Miyanomori Kaede, who has become her doctor. Shaken by the news, Satoru tries to support his wife after consulting his teacher Manbou and senior Satake Manabu. But he discovers that this is not what Chika wishes for and they end up at odds with each other in their daily lives. At Manbou Manga Studio, Manbou submits his manuscript ahead of the deadline in a rare move and proposes to celebrate its completion with everyone. This results in Manbou, Satake and Satoru’s two other colleagues Yumi and Takahiro suddenly showing up at the Kitayama residence uninvited. Amid the jumble of happiness and awkwardness, Manbou lets slip that he heard about Chika’s developmental disorder from Satoru … …

Characters
Momota Kanako as Kitayama Chika
She got married to manga artist Kitayama Satoru. She likes talking and loves having casual conversations with Satoru above all else. She begins life as a newly wed but feels something is not quite right in her daily life and undergoes an examination for development disorders. After she receives the results of the test, she starts trying to come to terms with her own condition in a positive manner.

Ochiai Motoki as Kitayama Satoru
Kitayama Chika’s husband. Aspiring to become a manga artist, he has been training for nine years as an assistant at Manbou Manga Studio. After getting married to Chika, he learns that she has the traits of someone with a developmental disorder.

Tokushige Satoshi as Satake Manabu
Kitayama Satoru’s senior who is the chief assistant at Manbou Manga Studio. He is a very trustworthy guy and pulls the team of individualistic assistants together.

Hinagata Akiko as Kaga Takako
The manager of the apparel shop that hired Kitayama Chika. She is called “iron woman” behind her back because of her cool manner at the shop. A former delinquent, she is now a single mother and lives with her son who is a junior high school student.

Nakada Yoshiko as Miyanomori Kaede
Kitayama Chika’s doctor in charge. She is the head of Miyanomori Clinic which treats developmental disorders in adults. She has a cheerful personality and tells Chika and Satoru how to deal with the situation.

Ogura Hisahiro as Nomura Manbou
A veteran manga artist who is Kitayama Satoru’s teacher. His work has been serialised for 30 years running in a weekly manga magazine but he is “sloppy” in a good sense. However, he is actually good at what he does and serious. He is kind to Satoru and the other assistants and at times offers them harsh advice.

This blog contains information and musings on current and upcoming Japanese dramas but is not intended to be comprehensive.
View all posts by jadefrost →
This entry was posted in Fuji TV, Summer 2022 Dramas, Tokai TV and tagged Boku no Daisukina Tsuma!. Bookmark the permalink.