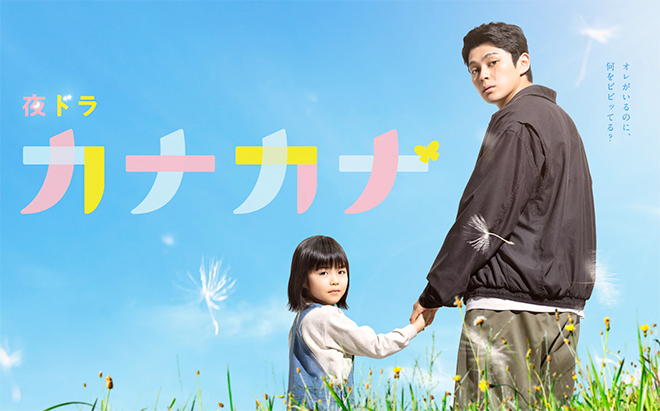 Synopsis
Higurashi Masanao, nicknamed Masa, is a legendary former delinquent who won a fight against 100 opponents. But he now runs Paisen, a small pub near the sea, which is patronised by regulars including Kishibe Yusuke. Masa looks scary with a large cut on his face that gets him mistaken and feared as a gangster by people on the street. But he is in fact a kind-hearted young man who is knowledgeable about wild flora and fauna. One day, Masa comes across 5-year-old Kanaka who is fleeing barefoot from a suspicious-looking man. Kanaka has possessed a curious ability to read people’s minds since birth. Her father’s younger brother Sawada is aware of this and has made life a living hell by taking her around for gambling. Masa pulls her off Sawada and takes her back to Paisen. Although Kanaka has only known ugly adults whose true intentions differ from how they behave publicly, Masa gives her a feeling of quiet reassurance and she instinctively seeks his help. Sawada tries to get her back by marching into Paisen with a detective called Daimon and using his position as Kanaka’s uncle. Seeing Kanaka’s fear, Masa picks her up decides to run away. What will become of Masa, the “kidnapper” who is extraordinarily strong in fighting but quite a goof, and the rather precocious Kanaka?

Characters
Maeda Gordon as Higurashi Masanao
A legendary former delinquent who single-handedly won a fight against 100 opponents back in high school. He has been treating customers to hearty original dishes as the owner of Paisen, but he slowly begins to change after meeting Kanaka.

Kato Yuzuna as Kanaka
A young girl who possesses the curious ability to read people’s minds. Because her grandmother told her that she must not let other people know about this ability, she has lived a lonely life in order to do as told. However, she begins to open up little by little after meeting Higurashi Masanao.

Shiraishi Sei as Sawa
An office lady and former delinquent, she calls Higurashi Masanao when she meets him. But she has a huge crush on him deep down.

Maeda Oshiro as Kishibe Yusuke
A university student who is Higurashi Masanao’s good friend. During their high school days, he got entangled with delinquents and was being viciously beaten when Masa saved him.

Shinkawa Yua as Tadokoro Misaki
A woman who Higurashi Masanao meets through a matchmaking session set up by his aunt. She gives him all sorts of advice based on her knowledge as a nursery school teacher, but … …

Kiriyama Ren as Kirishima Keiya
The chief of Futaura Police Precinct. Even though he is an elite who was hired as a career officer, he seems to know about Higurashi Masanao and ignores his existence.

Hashimoto Jun as Detective Daimon
A detective whom Higurashi Masanao owes a lot to since his high school days. Because they have known each other for years, he understands Masa more than anyone else and supports him.

Takeda Shinji as Sawada
Kanaka’s uncle. He used to be a bank employee but ruined himself through gambling. He aims to make use of Kanaka’s ability to turn his fortunes around.

This blog contains information and musings on current and upcoming Japanese dramas but is not intended to be comprehensive.
View all posts by jadefrost →
This entry was posted in NHK, Spring 2022 Dramas and tagged Kanakana. Bookmark the permalink.