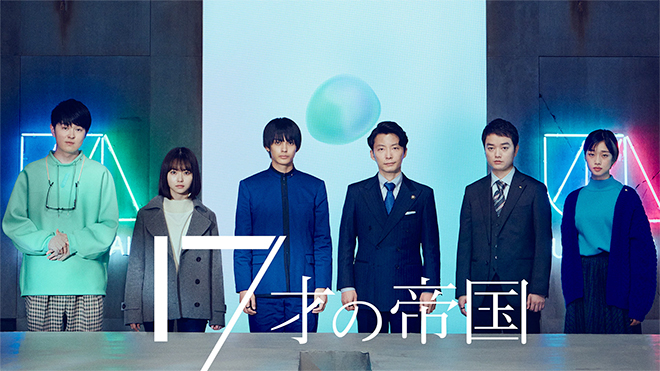 Synopsis
In the year 202X, the Japanese economy is suffering from stagnation and has been branded by the world as a country on the decline. Wanting to break free of this endless situation, Prime Minister Washida Tsuguaki orders Deputy Chief Cabinet Secretary Taira Kiyoshi to set up an experimental project Utopi-AI. Commonly known as the UA concept, leaders are selected from all over the country by AI and made to govern cities that have degenerated. It has been said that the reason why young people cannot take charge of politics is their lack of experience. AI has a massive amount of data that one person cannot possibly “experience”. In other words, AI can supplement any amount of “experience”. As if to prove it, AI chooses 17-year-old Maki Aran who is immature and wants an ideal society, to be the Prime Minister. The other members are all young people around the age of 20. Maki and his compatriots use AI to push forward reforms to regenerate the degenerated regional cities as the experimental city UA. He quickly proposes to abolish the Diet and pledges to step down if approval ratings falls to 30%. This marks the start of the empire of a 17-year-old.

Characters
Kamio Fuju as Maki Aran
A 17-year-old high school student who has been chosen by AI to be the Prime Minister of the experimental city UA. He excels at programming and is a reticent, mysterious young man. Although he is always cool and composed, he takes a firm line with those in power who keep looking after their own interests. He aspires to make his ideal society a reality and forge ahead with reforms for UA.

Yamada Anna as Sagawa Sachi
She admires Maki Aran and supports him as his aide. Because of her diligent and single-minded nature, she constantly thinks of what she can do about her family problems such as her father’s retrenchment, grandfather’s care and younger brother’s refusal to go to school. She knows Maki’s secret and ends up holding UA’s destiny in her hands.

Hoshino Gen as Taira Kiyoshi
An elite politician who serves as Prime Minister Washida Tsuguaki’s Deputy Chief Cabinet Secretary. He hopes for political reform through AI and has come to lead the establishment of the experimental city UA. As the project manager, he keeps tabs on the development of Maki and the other members like an older brother but he gets embroiled in a major political incident that will determine UA’s future.

Kawai Yumi as Saiga Suguri
The Minister of Finance of the experimental city UA. She was not able to fit in Japan and studied abroad in the US. She started a business after obtaining an MBA but returned to the country with the hope of using AI in politics. She believes a thorough shakeout is necessary for the future of young people and is a reform leader among UA’s cabinet ministers.

Mochizuki Ayumu as Hayashi Kan
The Minister of Welfare and Culture of the experimental city UA. He specialised in design and is popular with young people even when streaming his gameplay. He is in charge of UA’s UI design and dreams of creating a new cultural city with the support of artists.

Sometani Shota as Washida Teru
The Minister of Environment and Development of the experimental city UA. He is Prime Minister Washida Tsuguaki’s grandson and born into a family of politicians. He spent his childhood in Aonami City which was used for UA, and carries the hopes of the local old guard. He is torn between new politics using AI and old politics.

Emoto Akira as Washida Tsuguaki
Japan’s Prime Minister. Concerned about the future of the country which is being mocked as “Sunset Japan”, he sets up the experimental city UA in order to make bold reforms. He has been in power for a long time because of his formidable experience and political acumen. He sends his trusted subordinate Taira Kiyoshi to ensure UA’s success.

Matsumoto Marika as Yamaguchi Saki
A newspaper journalist who has been Taira Kiyoshi’s friend since school days. They have been helping each other and trading information all along. She continues to tenaciously pursue an incident that happened to Prime Minister Washida Tsuguaki seven years ago.

Tanaka Min as Hosaka Shigeo
The mayor of Aonami City which has been used for the experimental city UA. Even though he announced his candidacy at the request of his childhood friend Prime Minister Washida Tsuguaki, he gets a huge shock when an inexperienced 17-year-old high school student is chosen. He feels that he is being ousted from politics through AI and becomes UA’s biggest hurdle as he tries to use all sorts of techniques to boycott Maki and his ministers.

This blog contains information and musings on current and upcoming Japanese dramas but is not intended to be comprehensive.
View all posts by jadefrost →
This entry was posted in NHK, Spring 2022 Dramas and tagged 17-sai no Teikoku, Emoto Akira, Hoshino Gen, Kamio Fuju, Matsumoto Marika, Nishida Naomi, Sometani Shota. Bookmark the permalink.