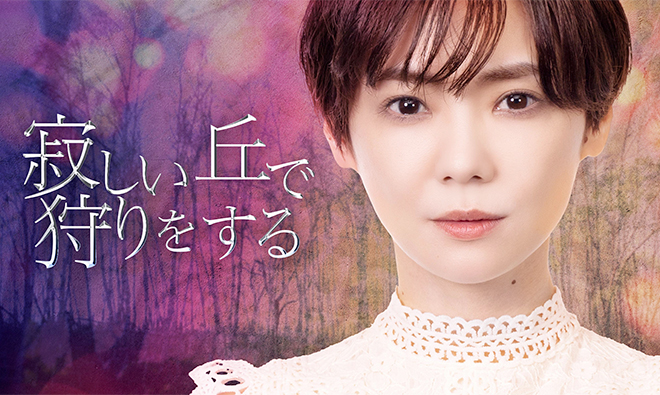 Synopsis
Investigator Kuwamura Midori believes happy days lie ahead after her boyfriend Asano Ryuhei, who is a police detective, proposed marriage to her. One day, a woman called Nozoe Atsuko comes to the investigation agency where Midori works. Atsuko wants them to track Oshimoto Tadao, who has been released from prison after serving a sentence for raping her seven years ago. She has lived in fear of the words “I’ll take revenge” that he uttered at the time of the trial. Midori herself has been a victim of domestic violence and stalking by Kuga Kenjiro, a photographer whom she once dated, and is emotionally traumatised. She decides to accept Atsuko’s request and as she begins investigating, Oshimoto’s obsessive desire for revenge becomes clear. Resenting the fact that he was reported to the police, he has been using all sorts of methods to locate Atsuko and steadily get closer to her. Identifying with Atsuko’s predicament, Midori devotes herself to pursuing Oshimoto. But her boss Okaniwa Tadashi is concerned about her. At the same time, Kuga appears in front of Midori and tails her again. Professing his wholehearted love for her, he ignores the resistance she puts up and starts taking photos of her. He seems to enjoy the “hunt”. This never-ending hell eventually makes Midori vow revenge.

Characters
Kurashina Kana as Kuwamura Midori
An investigator who has been living in bliss after her boyfriend Asano Ryuhei proposed marriage to her. Emotionally traumatised by the painful past that she has with an ex-boyfriend Kuga Kenjiro, she tries to protect a woman who is in the same situation as she is. She troubled that she is still being stalked by Kuga.

Takezai Terunosuke as Kuga Kenjiro
An international photographer whom Kuwamura Midori dated in the past. Despite their break-up, he continues to have a twisted kind of love for Midori and demonstrates this through abnormal behaviour – stalking.

Kubota Sayu as Nozoe Atsuko
A librarian who was a rape victim seven years ago. She is frightened by the misguided vengeance of Oshimoto Tadao and asks Kuwamura Midori’s investigation agency to track him down.

Maruyama Tomomi as Oshimoto Tadao
The man who raped Nozoe Atsuko seven years ago and was sentenced for his crime. After he is released from prison, he targets her out of resentment.

Takahashi Hideki as Okaniwa Tadashi
The head of the investigation agency that Kuwamura Midori works for. He knows about Midori’s past.

This blog contains information and musings on current and upcoming Japanese dramas but is not intended to be comprehensive.
View all posts by jadefrost →
This entry was posted in Spring 2022 Dramas, TV Tokyo and tagged Kurashina Kana, Sabishii Oka de Kari o Suru. Bookmark the permalink.