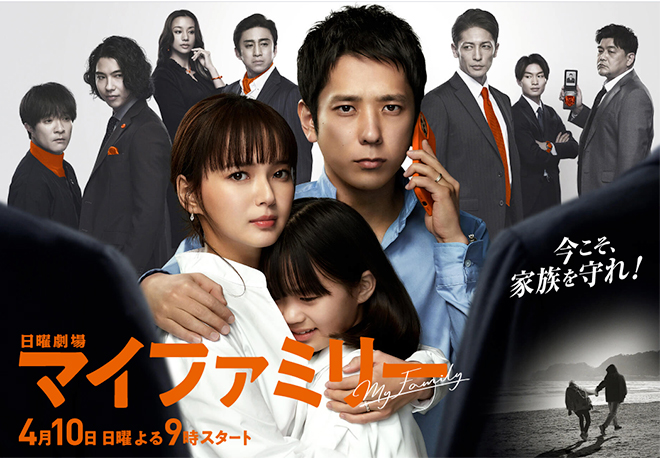 Synopsis
Narusawa Haruto, the CEO of game company Harukana Online Games, is hailed as the man who created a new era for the game industry. He has a house in Shonan in Kamakura where he lives with his beautiful wife Michiru, whom he met during his university days, and their daughter Yuka who is of elementary school. While there is a sense of something complicated between Haruto and Michiru, he seems to have it all. That is until Haruto receives a phone call one day that completely changes his life. Yuka has been kidnapped and her abductors demand 500 million yen in ransom, a sum he cannot immediately stump up. An investigation task force is quickly formed at Kanagawa Prefectural Police after Haruto reports her kidnapping, and the police including Katsuragi Keishi and the chief of the First Investigation Division, Yoshino Eitaro, arrive at the Narusawas’ residence. Grasping at straws, Michiru contacts Miwa Aoi and Todo Itsuki who have been their friends since university days. The desperate situation puts the family’s ties to the test. Haruto and Michiru face a number of trials with the loss of their most precious child. They eventually realise after a series of challenges and revelations about people that the only way to get Yuka back is not through the police, but to join hands to fight against the kidnappers. Will the two of them be able to get their daughter back safely and have a happy ending?

Characters
Ninomiya Kazunari as Narusawa Haruto
The CEO of Harukana Online Games. He has a home in Shonan in Kamakura where he lives with his wife Michiru and daughter Yuka. He has everything – wealth, fame and a happy family. It is a life that everyone envies but it is shattered one day when he receives a phone call informing him that his daughter has been kidnapped.

Tabe Mikako as Narusawa Michiru
Narusawa Haruto’s wife who is a celebrity of sorts with over 10,000 followers on social media. However, the couple’s relationship is not straightforward. When their beloved daughter Yuka is kidnapped, the desperate situation prompts her to grasp at straws and take certain action … …

Kaku Kento as Miwa Aoi
A lawyer and close friend who lived in the same apartment with Narusawa Haruto and Michiru as well as Miwa Aoi back in university days. He has always been better at doing anything than everyone else since the time he was a student, and is also popular with females. He even got a job at a major law firm. While he may be perfunctory in his work, he is worldly wise and despite being a big show-off, he is a kind person at heart. Will he be Haruto and Michiru’s ally at a lawyer in this unprecedented kidnapping incident?

Takahashi Maryjun as Tatewaki Kanako
Narusawa Haruto’s business partner who established Harukana Online Games with him and made it a success. The pair enjoy a strong bond. She notices something unusual about Haruto … …

Hamada Gaku as Todo Itsuki
A former detective who was well regarded for his conscientious work and was steadily advancing in his career. However, he resigned from the police force and currently works at a security company. A close friend who lived in the same apartment with Narusawa Haruto and Michiru as well as Miwa Aoi back in university days. He is a cheerful and considerate person. He attended university on a scholarship and his cooking skills are outstanding because he has had to cook for himself. Is he Haruto and Michiru’s ally?

Tamaki Hiroshi as Katsuragi Keishi
A detective with Kanagawa Prefectural Police’s First Investigation Division. Rank: Inspector. Contrary to his gentle appearance, he has a strong conviction that is like a kind of obsession. He would push on with an investigation no matter what the circumstances may be and has delivered results in many cases. 特殊犯対策係補佐・警部。 He is put in charge of the kidnapping case.

This blog contains information and musings on current and upcoming Japanese dramas but is not intended to be comprehensive.
View all posts by jadefrost →
This entry was posted in Spring 2022 Dramas, TBS/MBS and tagged Hamada Gaku, My Family, Ninomiya Kazunari, Tabe Mikako, Tamaki Hiroshi. Bookmark the permalink.