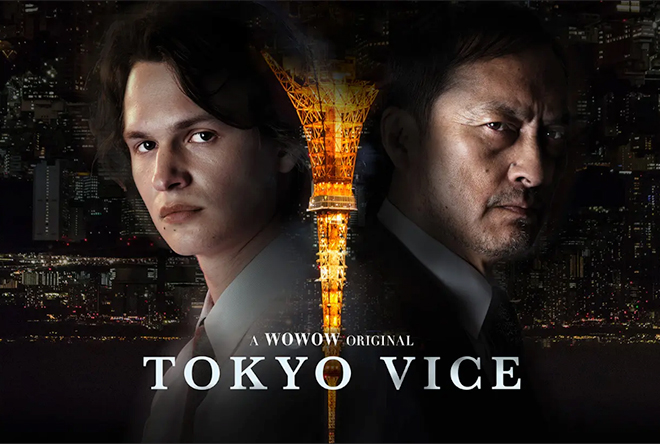 Synopsis
After graduating from a Japanese university in Tokyo in the 1990s, American Jake Adelstein went against the advice of his parents to return home to Missouri. He made it through the difficult entrance exam for Meicho Shimbun, a major newspaper in Tokyo, despite accidentally missing the last page of the exam, and becomes the first foreigner to work for a national newspaper when he got a job. Jake is put on the police beat and starts working under a tough supervisor Maruyama Eimi. In the course of chasing after scoops, he meets Detective Katagiri Hiroto, who skilfully solves gang-related cases, and begins to bond with him. A world-weary detective with the Tokyo Metropolitan Police’s Organised Crime Department, Katagiri has a complex relationship with the underworld. Even though Jake thrives in Japanese society through his association with Katagiri who becomes a father figure to him, he gets entangled in the dark underworld through his tenacious pursuit of scoops while providing assistance in law enforcement investigations. Katagiri warns him, “It will be difficult to shut the door to this world once it is opened.” This is a terrifying side of Tokyo with wheeling and dealing, double crossing, and raw emotions of love and hate. There is Eimi who wanders in male-dominated society with a secret of her own; the detective Miyamoto Jin who is active behind the scenes in the red-light district; Sato, a young gang leader of Chihara-kai who hits it off with Jake; the charismatic yet mysterious host Akira; and Samantha, a hostess at the club Onyx with a strong desire to strike out on her own. Who will survive in an underworld that swallows up hopes and dreams?

Original Work
Tokyo Vice: An American Reporter on the Police Beat in Japan by Jake Adelstein

This blog contains information and musings on current and upcoming Japanese dramas but is not intended to be comprehensive.
View all posts by jadefrost →
This entry was posted in Spring 2022 Dramas, WOWOW and tagged Ito Hideaki, Kikuchi Rinko, Tokyo Vice, Watanabe Ken. Bookmark the permalink.