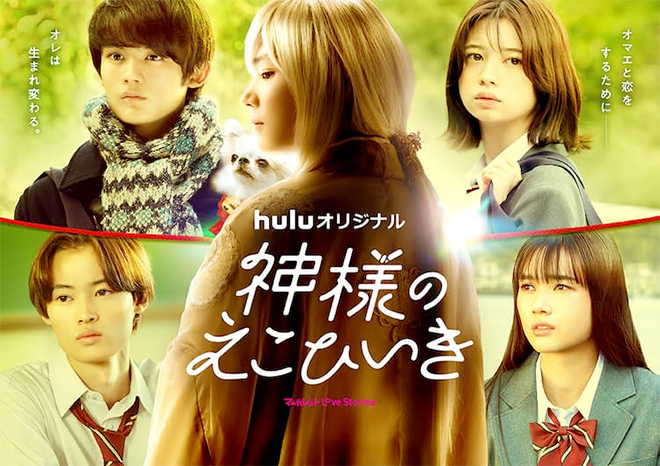 Synopsis
High school student Amano Yashiro is secretly in love with his good friend Nanahara Kenta and visits a desolate shrine a 100 times to ascertain his feelings for Kenta. The shrine god, who has too much free time on his hands, takes an interest in Yashiro. Right after confessing his feelings and getting flatly rejected by a bewildered Kenta, Yashiro dies in a traffic accident. However, due to the “grace” of the shrine god, Yashiro is given a chance at new life as the type of girl that Kenta likes. He hopes for a romance with Kenta this time. But only his appearance has changed into a girl, Tendo Kagura, he remains himself on the inside. Since Yashiro does not understand feminine behaviour and continues to refer to himself with the term used by males, he is unable to bring out the charms he had envisioned. He comes across as a weirdo and fails to get any closer to Kenta. And yet, romance unexpectedly blossoms around him one after another. Just as Yashiro is feeling uncertain about the future, Kenta’s ex-girlfriend Torii Rin shows up. Then it is discovered that Yashiro’s body is still alive but Kagura is inside him?! What has happened to him? Have the feelings that are now apparent with the change in appearance, become intricately intertwined with the different forms of love that have emerged as a result of the body swap?

This blog contains information and musings on current and upcoming Japanese dramas but is not intended to be comprehensive.
View all posts by jadefrost →
This entry was posted in Hulu, Spring 2022 Dramas and tagged Kamisama no Ekohiiki. Bookmark the permalink.