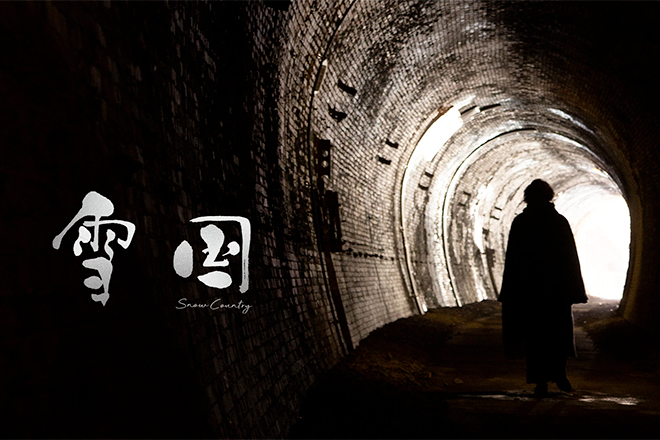 Date: From 10.00 p.m., 28 March 2022
Original Work: Yukiguni by Kawabata Yasunari
Scriptwriter: Fujimoto Yuki (Mi o Tsukushi Ryouricho Series, Chikaemon)
Director: Watanabe Kazutaka
Cast: Takahashi Issei, Nao, Morita Misato, Kora Kengo, Yuki Saori
Synopsis: Wealthy Shimamura (Takahashi Issei) is a writer who lives with his wife and children in Tokyo. On a train bound for snow country, a young woman Yoko (Morita Misato) captures his attention. He watches her care for a sickly young man Yukio (Kora Kengo). The two of them seem like a couple from their reflection on the glass window. Shimamura enters his lodgings and is reunited with Komako (Nao) whom he last met six months ago. She had become a geisha in that time. Shimamura and Komako spend the night together. The next day, Shimamura visits the room where Komako lives and meets Yoko there. She seems to be staying with Yukio. Komako tells Shimamura that Yukio is her childhood friend, the son of her shamisen and dance teacher (Yuki Saori), and she became a geisha in order to pay for his medical expenses. If that were the case, why was Yoko the one who was accompanying Yukio on the train? The thread connecting Komako, Yukio and Yoko is gradually revealed. But for Shimamura who feels the futility in all of this, what he sees is … …
Official Website: www.nhk.jp/p/ts/KGPWYNPJJP
Twitter: twitter.com/nhk_dramas

This blog contains information and musings on current and upcoming Japanese dramas but is not intended to be comprehensive.
View all posts by jadefrost →
This entry was posted in NHK, Spring 2022 Drama Specials and tagged Kora Kengo, Morita Misato, Nao, Takahashi Issei, Yukiguni. Bookmark the permalink.