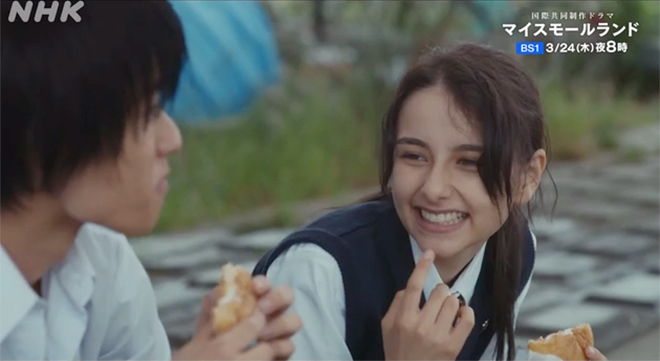 Date: From 8.00 p.m., 24 March 2022 (in cinemas on 6 May 2022)
Scriptwriter: Kawawada Emma
Director: Kawawada Emma
Cast: Arashi Lina, Okudaira Daiken, Hiraizumi Sei, Fujii Takashi, Ikewaki Chizuru, Arashi Kahafi Zadeh, Lily Kahafi Zadeh, Kan Hanae, Sahel Rosa
Synopsis: Scattered across a wide swathe of land from Turkey to Syria, Iraq and Iran, the Kurds are the largest ethnic group in the world with no country to call their own and they face discrimination and persecution. There are over 2,000 Kurds in Japan with the majority of them living in Saitama although their refugee status has not been recognised. They live in fear that they will be deported some day. 17-year-old Chorak Sarya (Arashi Lina) grew up in Japan from a young age after her family fled the land where they lived. She attends a high school in Saitama and is surrounded with good friends. Her dream is to become a school teacher. Contrary to her father Mazlum’s (Arashi Kahafi Zadeh) wishes that his children not lose pride in their Kurdish identity, Sarya and her two younger siblings are no different from Japanese girls and boys of the same generation. However, her life gets gets turned upside down one day when her family loses their residency status all of a sudden. With the loss of this status, they will not be able to leave Saitama or get work. To make matters worse, she is notified that her father has been taken into custody at an immigration facility for working illegally. As Sarya struggles with an identity crisis, she meets Sakiyama Sota (Okudaira Daiken) who lives in Tokyo and finds herself opening her heart to him.
Official Website: www.nhk.jp/p/ts/EZZLJPG39Z

This blog contains information and musings on current and upcoming Japanese dramas but is not intended to be comprehensive.
View all posts by jadefrost →
This entry was posted in NHK, Spring 2022 Drama Specials and tagged Ikewaki Chizuru, My Small Land. Bookmark the permalink.