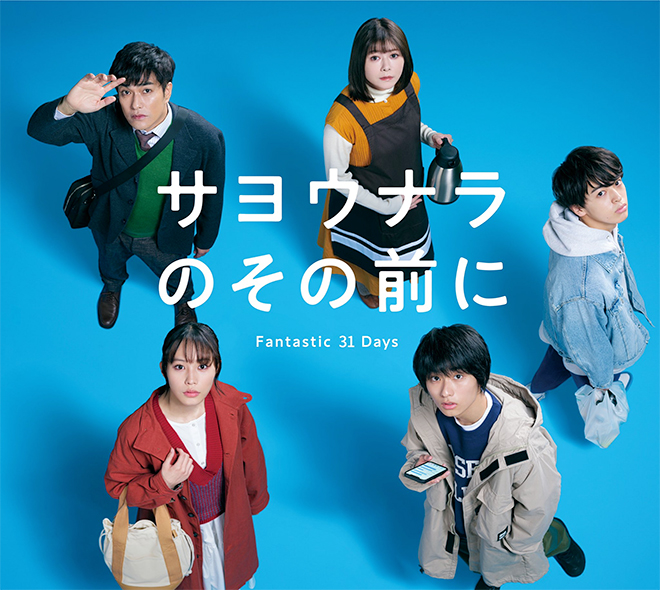 Date: From 7.50 – 7.58 a.m., Mondays – Fridays, 1 – 31 March 2022
Cast: Okudaira Daiken, Minami Sara, Kitamura Kazuki, Maki Yoko, Nishioka Shota, Kaji Yuki
Synopsis: On 31 March, high school student Tsubaki Sora (Okudaira Daiken) looks up at a meteorite that appears in the night sky with a dark red blaze as he mutters to himself, “No way!” One year ago, the government’s Chief Cabinet Secretary declared at a press briefing that mankind was in danger of being wiped out by a massive meteorite approaching earth. This announcement caused chaos – a mass exodus with no particular destination, a spike in crimes and a rush of nonsensical revolutionary YouTubers. People in high positions scrambled to get the situation under control and the distance between the meteorite and earth was announced every day. As the days stretched into months, the theory that a collision had been averted began to spread with advances in research and the number of people believing in doomsday gradually dwindled. The school that Sora and his two good friends Takuma and Gaku attend has been closed even though current research findings indicate the high possibility that the meteorite will avoid hitting earth. They visit the school and in the empty building, Sora comes up with the idea of earth’s last “meaningless fun”. His classmate Mizuki Miki (Minami Sara) stares at his baffling behaviour with a cold expression. She has a “troublesome habit” of dispassionately analysing what is happening right in front of her. While she takes pride in having gone through life with relatively few failings, she has been feeling unable to forgive herself for the last 13 years. Meanwhile, physics teacher Watarai Minoru (Kitamura Kazuki) has continued going to an empty school for the past month. He has a reason for doing so despite the school’s closure shortly after the announcement of the approaching meteorite and the order for teachers to stay at home. Cafe owner Kaneshima Yoko (Maki Yoko) is aware of her lousy timing in life and has plenty of worries. On the day she opened the cafe of her dreams, the announcement on the meteorite was made. Right after that, she broke up with her boyfriend Yuichi (Kaji Yuki), whom she had considered marrying, and the next day she discovered she was pregnant. Although Yoko made up her mind to have the child, she feels insecure about her job and her future. Lately, the worst customer has been coming to her cafe daily. Sato Kai (Nishioka Shota), a young man who has holed up at home and forlornly wishes for humanity to be wiped out, goes out to buy a can of coffee and has a miraculous encounter. There are 31 days before the meteorite strikes. This is the beginning of the final month for these five people who still do not believe in doomsday.
Official Website:www.ntv.co.jp/asazipdrama
Twitter: twitter.com/asazipdrama_ntv

This blog contains information and musings on current and upcoming Japanese dramas but is not intended to be comprehensive.
View all posts by jadefrost →
This entry was posted in NTV, Spring 2022 Drama Specials and tagged Kitamura Kazuki, Maki Yoko, Sayonara no Sono Mae ni Fantastic 31 Days. Bookmark the permalink.