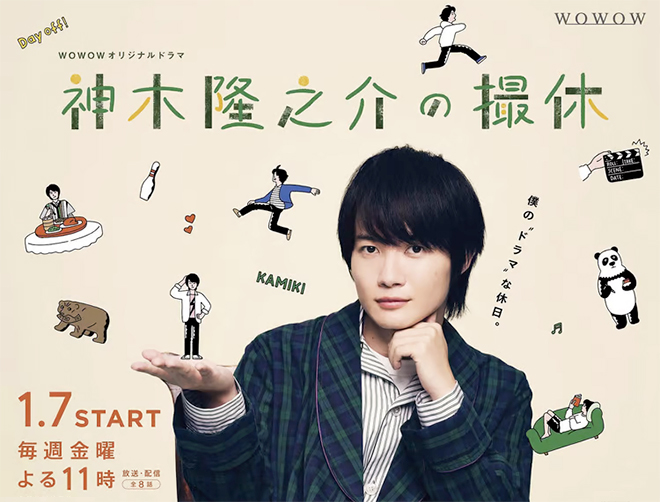 Synopsis
Kamiki Ryunosuke suddenly gets a break from filming. He is so focused on preparing for his movie role as a cold-blooded murderer that he ends up getting treated as a suspicious individual by a shop employee when he goes to a shopping mall to buy the murder weapon – a bread knife. He is impatient to clear up the misunderstanding with the people around him. But a man’s voice yells “Ok, cut!” and a member of the production crew comes over to tell a confused Kamiki to take a break before the next scene. From then on, he somehow keeps hearing the same voice yell “Cut!” and seeing the production crew member no matter what he does. Kamiki goes into a panic. Then he notices Adachi Yumi standing in front of him! She says this is a syndrome seen in actors who started out acting as children and suggests that he should try to enjoy it, but … …!?

This blog contains information and musings on current and upcoming Japanese dramas but is not intended to be comprehensive.
View all posts by jadefrost →
This entry was posted in Uncategorized and tagged Adachi Yumi, Ikeda Tetsuhiro, Kamiki Ryunosuke, Kamiki Ryunosuke no Satsukyuu, Kitamura Yukiya, Narumi Riko. Bookmark the permalink.