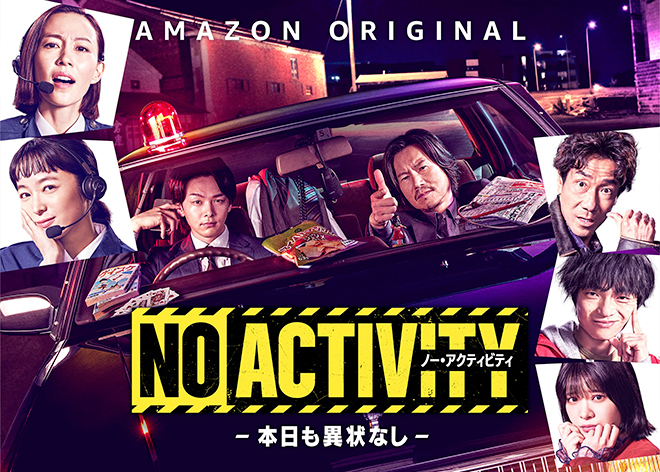 Synopsis
The eternally low-ranking veteran detective Tokita Shingo is all talk and no work. A burden in the Tokyo Metropolitan Police Department, he gave up on the career track after losing out on promotions. Tokita does not demonstrate any motivation even when he is at investigation scenes and bewilders people as he repeatedly says mysterious and meaningless phrases which initially seem wise. However, he is somehow impossible to hate. Tokita teams up with up with an unusual rookie detective Shiina Asobu who used to be a driving school instructor before joining the police force. They are in a police car staking out a warehouse and feeling tense with the information that the largest international drug deal ever is taking place. Meanwhile, the chief Satomi Misato starts sizing up newbie Ohira Arira in the dispatch room where commands are issued to the detectives. What is supposed to be small talk turns into a frightening situation almost before anyone realises it. Misato discovers a violent side to Arira who seems gentle and quiet, and takes care not to anger her. As Tokita and Shiina continue to report that nothing is happening, it is believed that the information on the drug deal is false. However, Isayama, an ex-convict who was hired by an organisation through the dark web, and a young man known as Ichijo, who is interested in crime, are at a warehouse, standing guard over a young woman that they have kidnapped. The transaction quietly moves along while everyone is unaware … …

Original Work
No Activity by Trent O’Donnell and Patrick Brammall

This blog contains information and musings on current and upcoming Japanese dramas but is not intended to be comprehensive.
View all posts by jadefrost →
This entry was posted in Amazon Prime, Winter 2022 Dramas and tagged Kimura Yoshino, Nakamura Tomoya, No Activity, Seino Nana, Toyokawa Etsushi. Bookmark the permalink.