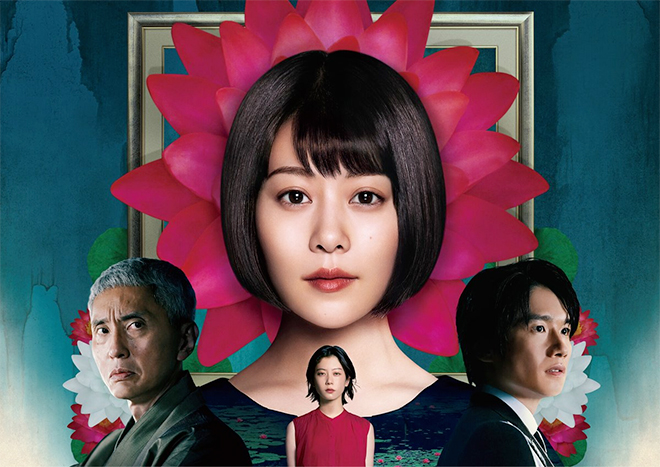 Synopsis
Takamura Naho is the deputy curator of Ariyoshi Art Museum which has a large collection of art. She took over from her grandfather Ariyoshi Kisaburo who is an avid art collector and founded this private museum. She also inherited his eye for beauty. Naho’s husband Kazuki is similarly involved in the world of art as the third-generation owner of an art gallery in Ginza. Even though Kazuki loves his wife, he is also jealous of her talent at times. No matter how much effort he puts in, she is the one with the discerning eye. To get away from the bustle of Tokyo, a pregnant Naho stays in Kyoto for an extended period. But despite the arrangements made by her mother Katsuko, living in an unfamiliar place makes her feel like a foreigner. One day, Naho comes across a painting of new green leaves by an obscure artist called Shirane Tatsuru when she stops by Minoyama Shungo’s art gallery and finds herself strongly attracted to it. Naho learns that Shirane, who is unable to speak, has been deprived of freedom by Shimura Shozan, an influential artist in the Kyoto art world, and becomes convinced that this is a silent plea. Shozan feels threatened by Shirane who is both his adopted daughter and disciple. In the course of her pursuit of the painting, Naho gets lured into the dark world of art in Kyoto where the desires of its beautiful inhabitants intermingle, and arrives at a certain truth that will change her fate … …

Characters
Takahata Mitsuki as Takamura Naho
The deputy curator of Ariyoshi Art Museum. She inherited her grandfather Ariyoshi Kisaburo’s exceptional eye for beauty. Wanting to get away from the bustle of Tokyo because she is pregnant, she encounters Shirane Tatsuru while living apart from her husband Kazuki in Kyoto.

Kazama Shunsuke as Takamura Kazuki
Takamura Naho’s husband. The third-generation owner of the established Takamura Art Gallery. He supports his father Takamura Tomoaki whose goodness has caused the gallery’s greatest crisis, and shoulders the actual management of the gallery. Although he and his wife Naho have divergent artistic views, he loves her and frequently commutes to Kyoto out of concern for her.

Sumire as Shirane Tatsuru
A disciple of Japanese artist Shimura Shozan. Ever since an incident 17 years ago, she has been placed under his supervision and deprived of freedom both physically and mentally. While continuing to paint pictures despite being suppressed by him, she meets Takamura Naho.

Matsushige Yutaka as Shimura Shozan
An influential leading figure in Kyoto’s art circle. He has gained fame in the city. But the reality is that he is assailed by a complex about his own talent which has warped his mind. He is jealous of Shirane Tatsuru’s talent and seals up her paintings.

Kaji Meiko as Takano Sen
A well-known calligrapher who becomes Takamura Naho’s 心の師 She understands everything even though she does not say much and quietly watches out for Naho as her mentor.

Moriguchi Yoko as Ariyoshi Katsuko
Takamura Naho’s mother and the curator of Ariyoshi Art Museum. Thinking about her pregnant daughter, she decides to let her improve her health in Kyoto. She and her son-in-law Kazuki are long-time acquaintances as business partners and she has been casting suspiciously amorous glances at him.

Makita Sports as Kido Masafumi
A Seiyo Shimbun journalist who covers the arts. He is well-versed in art and also has the sensitivity to empathise with Takamura Naho. He brings information useful to Naho even though she has a good knowledge of art and covers for her behind the scenes.

Nikaido Satoshi as Tagawa Housei
A Japanese artist who is celebrated as a genius. He dies mysteriously and this becomes the start of everything.

This blog contains information and musings on current and upcoming Japanese dramas but is not intended to be comprehensive.
View all posts by jadefrost →
This entry was posted in Fall 2021 Dramas, WOWOW and tagged Iribito, Kazama Shunsuke, Matsushige Yutaka, Takahata Mitsuki. Bookmark the permalink.