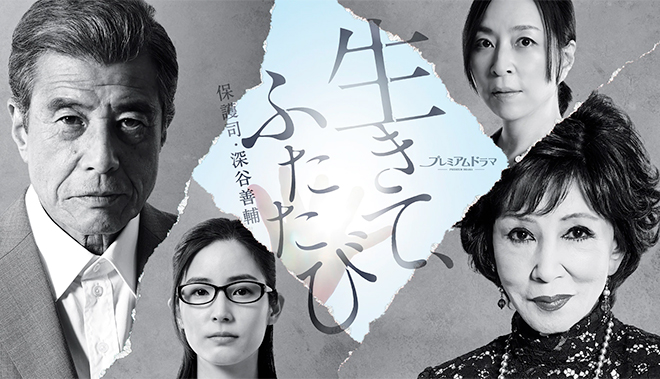 Synopsis
Fukaya Zensuke led an ordinary life as a teacher for many years and chose to become a probation officer for the second phase of his life. Eight months into this new role, he has been helping people who are about to complete their prison sentence and on parole, to turn over a new leaf and return to society. In fact, Zensuke had been looking for an opportunity to do what he had not finished during his time as a teacher by serving as a probation officer. He is put in charge of someone he has never encountered before and does not fit the mould when he is appointed to be the probation officer of Koyama Yuko. Yuko was convicted for killing her own son Takashi. On the day of her release from prison, Zensuke goes to meet her. However, she does something unexpected that catches him by surprise. He is told that she will work without receiving welfare despite her advanced age and gets her hired at a Western food joint which is a participating employer. Zensuke’s daughter Miharu begins living with him after several years apart and is baffled that he is a probation officer. When Zensuke visits Yuko’s daughter Kanae, he learns that she hates her mother and flatly refuses to meet her no matter how he tries to persuade her. Amid the tangle of viewpoints and feelings of Zensuke, Yuko and their families, the truth behind Zensuke’s decision to become a probation officer gradually begins to emerge.

Characters
Tachi Hiroshi as Fukaya Zensuke
A former high school teacher who is now a probation officer. Despite his lack of experience as a probation officer, he sincerely tries to engage the people who have been put under his supervision. He is assigned Koyama Yuko’s case and bothered by her behaviour. In fact, there is some struggle behind his decision to become a probation officer.

Asaoka Ruriko as Koyama Yuko
She stabbed her son to death. He was a social recluse who was living with her. She does not visit his grave and twists the people around her with her bold behaviour.

Renbutsu Misako as Fukaya Miharu
Fukaya Zensuke’s only daughter. She is a journalist with Shukan Atlas. She returns to her family home and starts living with her father after getting a divorce. Although she is surprised that he has become a probation office and has ex-prisoners around him, she strikes up a friendship with Koyama Yuko.

Maya Miki as Koyama Kanae
Koyama Yuko’s daughter. A divorcee who lives apart from her children. She works at a convenience store and distribution centre. Tormented by the fact that Yuko caused her younger brother Takashi’s death, she adamantly refuses to meet her mother who has been released from prison.

This blog contains information and musings on current and upcoming Japanese dramas but is not intended to be comprehensive.
View all posts by jadefrost →
This entry was posted in Fall 2021 Dramas, NHK and tagged Ikite Futatabi Hogoshi Fukaya Zensuke, Renbutsu Misako, Tachi Hiroshi. Bookmark the permalink.