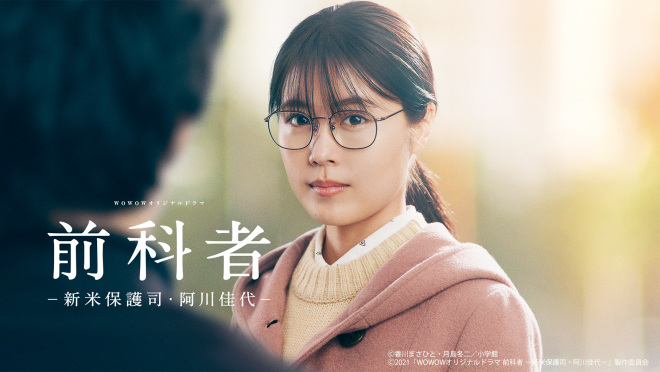 Synopsis
Agawa Kayo is an upright young woman who earns a living by working part-time at a convenience store. She suffered trauma from some experience in the past and a certain incident makes her decide to become a volunteer probation officer. A volunteer probation officer is a civil servant who helps rehabilitate juvenile delinquents and criminals but receives no pay. They are simply volunteers with a sense of public spirit. After going through a workshop, Kayo who has just become a volunteer probation officer is put in charge of her first case, Saito Midori. The owner of an accessory shop, Midori behaved violently towards an employee and has been released on parole after serving a two-year sentence for extortion and assault. Under the guidance of probation officer Takamatsu Naoharu, Kayo struggles to help her find her place in society. She gets twisted around by the free-spirited Midori but at the same time learns about her violent tendencies and complicated family background. Midori and subsequently Ishikawa Jiro, who was given a six-year jail term for killing his older brother, and Tamura Tamiko, who received a suspended sentence for violating the stimulant drugs control act, face up to the crimes they have committed and are moved by Kayo through the time spent with her. Kayo also grows in the process of interacting with the three of them.

Ishibashi Shizuka as Saito Midori
The free-spirited owner of an accessory shop. She served a two-year sentence for extortion and assault for being violent towards an employee, and has been released on parole. She is Agawa Kayo’s first probation case.

Daito Shunsuke as Ishikawa Jiro
Given a six-year jail term for murder, he is Agawa Kayo’s second probation case. He had been running a farm but killed his older brother who was a cafe owner. He is released on parole for good behaviour. However, he has a secret that he cannot even tell Kayo.

Furukawa Kotone as Tamura Tamiko
She violated the stimulant drugs control act. She becomes Agawa Kayo’s third probation case after receiving a suspended sentence. She was forced to work as a prostitute because of her lover’s betrayal. She had lost confidence and hope but is moved by Kayo when she meets her.

Kitamura Yukiya as Takamatsu Naoharu
A probation officer who works for the Tokyo Probation Office. As a civil servant with specialised knowledge of rehabilitation, he is kind and at times strict in supervising and guiding Agawa Kayo.

This blog contains information and musings on current and upcoming Japanese dramas but is not intended to be comprehensive.
View all posts by jadefrost →
This entry was posted in Fall 2021 Dramas, WOWOW and tagged Arimura Kasumi, Furukawa Kotone, Ishibashi Shizuka, Zenkamono. Bookmark the permalink.