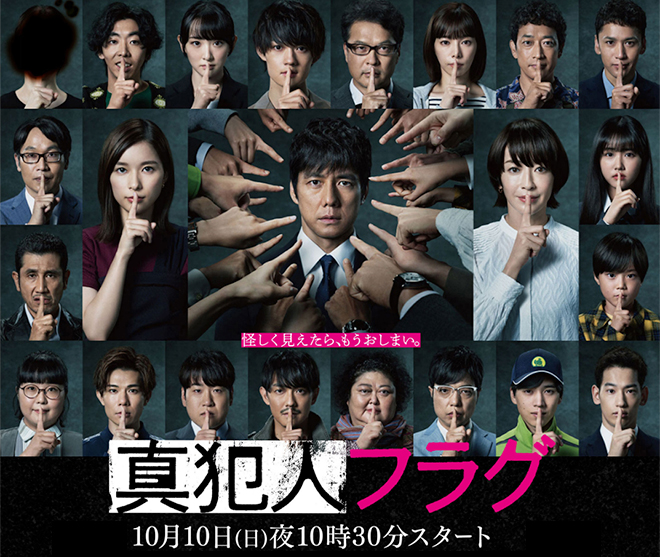 Synopsis
Sagara Ryosuke is an ordinary salaryman who works for the customer service department of Kameda Transportation, a mid-size transportation company. A good-natured and easygoing person, he has a charming wife Maho. The close couple have a daughter in the second year of high school, Hikari, and younger son in elementary school, Atsuto. They live in a housing complex and are looking forward to the completion of their dream home which is being built in the suburbs. The Sagaras were supposed to be a happy family until Ryosuke comes back from work one evening to discover that Maho and his two children have suddenly vanished. They cannot be reached on their mobile phones and he notices that Maho had set the timer for the rice cooker to cook rice before she went out. When Ryosuke alerts the police, he is told that there is no urgency as there is a possibility that they have run away from home. He gets no clues even after going round to the supermarket where Maho works part-time as well as the schools that Hikari and Atsuto attend to talk to people. At his wits end, Ryosuke consults his good friend Kawamura Toshio who is the chief editor of a weekly magazine. Sensing that foul play maybe involved, Kawamura suggests that if an article is written and attracts attention, the police may take action. Ryosuke feels disconcerted but takes up this offer. He is pushed into the spotlight and garners sympathy when his family’s disappearance comes to light. However, once the public’s eyes are all over a case, the story takes on a life of its own as people use whatever information is available to make their own deductions and come up with the background. In the blink of an eye, Ryosuke turns from tragic husband to suspicious husband due to a certain social media post. Despite being flagged as the real culprit who killed his family, Ryosuke tries to find the truth and get his beloved family back with the help of his subordinate Ninomiya Mizuho at work.

Characters
Nishijima Hidetoshi as Sagara Ryosuke
The head of Kameda Transportation’s Customer Service Management Division. A serious, laid back and rather good-natured man who is popular with his subordinates. An indoor person who has a lot of love for books.

Miyazawa Rie as Sagara Maho
Sagara Ryosuke’s wife who works part-time as a cashier at a supermarket to support the family. She is always bright like the sun in the family. A friendly and sociable woman who is well regarded in the neighbourhood. One day, she suddenly disappears with their two children.

Yoshine Kyoko as Ninomiya Mizuho
Sagara Ryosuke’s cheerful subordinate who is always up for anything. A quick thinker and the most reliable person in the department, she can handle all sorts of complaints coolly and swiftly. When Ryosuke feels driven into a corner due to his family’s sudden disappearance, she gives a pep talk and ends up helping him.

Tanaka Tetsushi as Kawamura Toshio
Sagara Ryosuke’s good friend since school days and a member of the same literature club in university. He is also an old acquaintance of Ryosuke’s wife Maho. A bachelor and the shrewd chief editor of Japan’s best selling weekly magazine, Shukan Tsuikyu. When he hears that Ryosuke’s family has gone missing, he offers to help by writing up an article in order to gather information.

Sano Hayato as Tachibana Issei
Sagara Hikari’s boyfriend. A fourth year university student and a young entrepreneur who set up his own IT start-up two years ago after returning from studying abroad in the US. He runs his company from a shared office space in Tokyo. Together with Hikari’s father Ryosuke, he searches for the missing family members.

Sakurai Yuki as Hishida Tomoko
A single mother who lives in the same housing complex as the Sagaras. She is a chiropractor. Her son is the same age as Atsuto and she is also the closest of the mothers to Sagara Maho. She is one of the few people who is on the side of Sagara Ryosuke.

Emoto Tokio as Purobin/Tokutake Hajime
An unpopular YouTuber who has a channel called Purobin. He will do anything if he is able to increase the total number of views. He zeroes in on Sagara Ryosuke’s case and uploads a discussion video on the incident … …

This blog contains information and musings on current and upcoming Japanese dramas but is not intended to be comprehensive.
View all posts by jadefrost →
This entry was posted in Fall 2021 Dramas, NTV and tagged Miyazawa Rie, Nishijima Hidetoshi, Sakurai Yuki, Shinhannin Flag, Yoshine Kyoko. Bookmark the permalink.