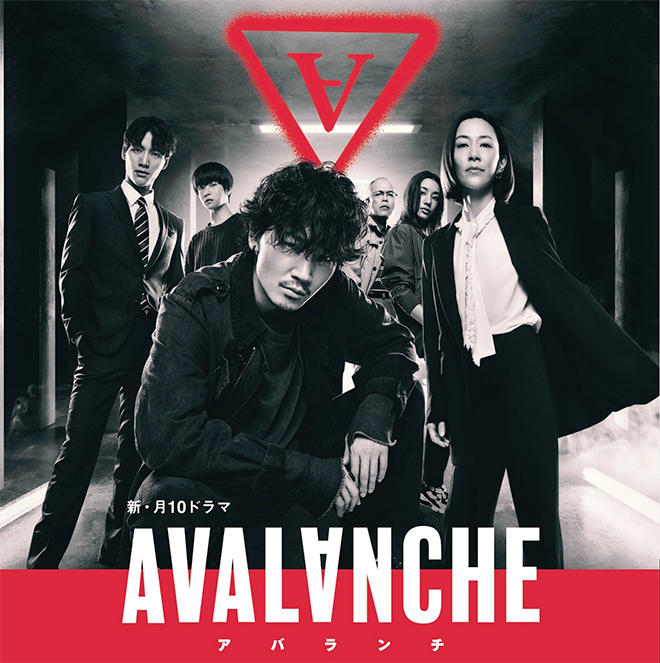 Synopsis
“The leader of a new large-scale urban development project in Tokyo has mysteriously disappeared.” While this is being reported in the news, Saijo Eisuke who has been relegated from the Tokyo Metropolitan Police Department’s First Investigation Division, visits the new unit that he has been posted to. It is located in the basement, a place that no one would go near. The words Special Crime Prevention Office are inscribed on the door. There is only one person there – Yamamori Michiyo, the head of the office. Saijo is unable grasp the situation and wonders what work he will be doing here. Following Yamamori’s orders, he drives her by car to some multi-tenant building. But he does not wait in the car as instructed and comes out to the building’s entrance out of curiosity. Just when he discovers an unfamiliar mark on a post box, he is called over by Habu Seiichi. Habu knows all about Saijo’s background and career even though this is supposed to be the first time that they are meeting, and looks scornfully at him. He goes up the stairs of the building. After that, five people come together at a room in this building – Yamamori, Habu, Makihara Taishi, Akashi Rina and Uchimoto Tetsuji. They are members of an outlaw group, Avalanche who make their own rules and seek their own justice against criminals who conspire with government officials to break the law. The news of the disappearance that was reported earlier today is displayed on a monitor. What actions will Avalanche take when activated by Yamamori?

Characters
Ayano Go as
A member of the mysterious organisation known as Avalanche.

Fukushi Sota as Saijo Eisuke
Yamamori Michiyo’s subordinate. Despite having a promising future and his father being a top police official, he has been shunted off to the Special Crime Prevention Office due to some of his actions in the past.

Chiba Yudai as Makihara Taishi
While he typically makes huge profits in the stock market as a day trader, he is also a talented hacker who can get into the databases of the civil service and large corporations.

Takahashi Maryjun as Akashi Rina
A former member of the Self Defence Forces. She has excellent physique and shines in hand-to-hand combat.

Tanaka Yoji as Uchimoto Tetsuji
A former detective from a police precinct. He uses his dexterity to repair children’s toys at the Toy Hospital which has been set up at the ward office.

Watabe Atsuro as Oyama Kengo
The deputy chief cabinet secretary. A top bureaucrat who holds influence over politics, finance and officials, and supports the Prime Minister.

This blog contains information and musings on current and upcoming Japanese dramas but is not intended to be comprehensive.
View all posts by jadefrost →
This entry was posted in Fall 2021 Dramas, Fuji TV and tagged Avalanche, Ayano Go, Kimura Yoshino, Watabe Atsuro. Bookmark the permalink.