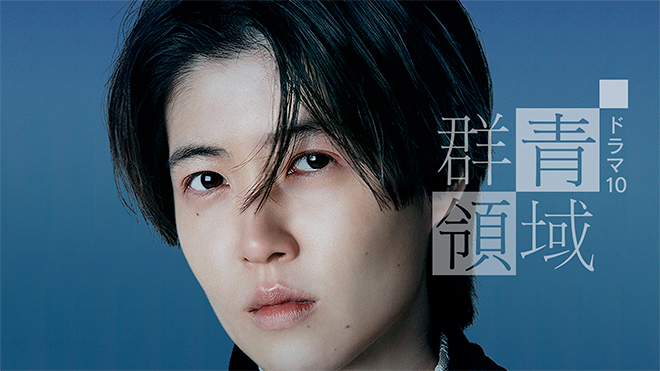 Synopsis
Kim Jun Hee encountered setbacks and was hurt deeply in the past. But with piano techniques that are beyond compare, she became a member of an extremely popular five-piece rock band called Indigo AREA. Fans officially recognise her as the girlfriend of vocalist Kasai Haruki and they are adored. However, she is dealt a blow when Haruki becomes intimate with Hiyama Megumi, an actress who made her Hollywood debut. And on top of that, suddenly announces his withdrawal from an online festival that will be streamed globally. Jun Hee is so shocked that she just wants to disappear. Despite the end of their relationship, she had believed in the bond they had in music but she becomes the target of trolls on social media. She even grows frightened of music. Abandoning everything, Jun Hee escapes to the sea where she is rescued by a man who takes her to his lodgings. When she comes round after a bout of fever, Aoki Tae, the elderly owner of the boarding house, serves her breakfast without asking anything and makes her help out with work in the fields. Jun Hee does not reveal her identity and lives a peaceful, ordinary life without the piano while reproaching herself but Tae thinks she is good the way she is. At this seaside town, Jun Hee opens the door to a world previously unknown to her. She eventually breaks free of the narrow-minded world and returns to music, grasping the process of spreading her wings is crucial to carry on living.

Characters
Shim Eun-kyung as Kim Jun Hee
Indigo AREA’s keyboardist. She has outstanding techniques which pull listeners in. She encountered setbacks and was hurt deeply in the past, and is now betrayed by her boyfriend Kasai Haruki who is the band’s vocalist. She gets a shock and becomes the target of trolls on social media. She even grows frightened of music and abandons everything to escape to the sea.

Kakizawa Hayato as Kasai Haruki
Indigo AREA’s vocalist. He has an irresistible singing voice and joined Indigo AREA, which was originally an instrumental band, as its vocalist when they made their major debut. He is Kim Jun Hee’s boyfriend but suddenly announces his withdrawal from the band to become a solo artiste.

Wakaba Ryuya as Kogiso Ren
A resident of Aokisou, a boarding house in a seaside town. He is currently working at an aquarium but he used to be an underwater photographer who dived in oceans around the world. Five years ago, he was saved by Aoki Tae, the owner of Aokisou. He chances upon Kim Jun Hee who has escaped to the sea.

Itaya Yuka as Miyano Etsuko
Indigo AREA’s manager. She discovered them when they were a student band and cultivated them into a one of Japan’s leading bands in a few years. She is protective of the band members. She believes in Kim Jun Hee and is busily engaged in dealing with the situation.

This blog contains information and musings on current and upcoming Japanese dramas but is not intended to be comprehensive.
View all posts by jadefrost →
This entry was posted in Fall 2021 Dramas, NHK and tagged Gunjo Ryouiki, Itaya Yuka. Bookmark the permalink.