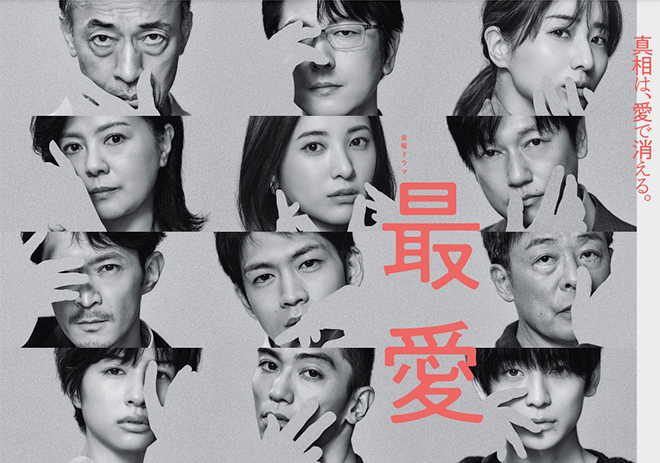 Synopsis
Sanada Rio assumed the position of CEO of Sanada Wellness, an affiliate of Sanada Holdings that her mother Azusa runs, after studying pharmacy at a Tokyo university. An up-and-coming businesswoman, she has becomes the focus of public attention after being chosen as a CEO in her 30s who will change the world. When Rio is reunited with her first love Miyazaki Daiki after 15 years, she has been named a material witness in a string of murder cases that he is investigating as a detective. The serial murders have possible links to a missing persons case at the rural town where they spent their youth. Back in 2006 in Gifu Prefecture, Rio was a third year high school student who hoped to go on to a Tokyo university’s faculty of pharmacy. She was in love with Daiki, the ace of Hakusan University’s track and field team who lived in the team’s dorm that her father Tatsuo was in charge of. Rio would dash off to his qualifying competitions for the long-distance road relay race to cheer for him. Daiki also loved Rio and intended to confess his feelings after her university entrance exam. One night, an incident happened at the dorm while her father was away. Daiki and Rio were separated after this incident and her move to Tokyo to attend university … … The missing persons case that should have been sealed off along with Rio’s memories at that time are set in motion again. Worried about Rio, her mother Azusa sends the lawyer Kase Kenichiro to Rio. Daiki pursues the truth while Kase tries to protect her by all means.

Characters
Yoshitaka Yuriko as Sanada Rio
The CEO of Sanada Wellness, a subsidiary of Sanada Holdings. A young business woman who has been selected as one of 100 people in their 30s who will change the world. She acquired a biotech start up and is breaking new ground with a pharmaceutical business which fulfils a goal she had since her student days to take a shot at the unknown potential of new drugs. She is engaged in clinical trials for the approval of new drugs and is also personally involved in drug development. Miyazaki Daiki was her first love back in high school. She was always cheerful and positive, and also had the toughness to laugh things off.

Matsushita Kohei as Miyazaki Daiki
A detective with the Tokyo Metropolitan Police Department’s First Investigation Division. He became a detective due to his strong sense of justice. He was the ace of Hakusan University’s track and field team and lived in the dorm that Sanada Rio’s father Tatsuo was in charge of. He was in love with Rio who would always encourage the team members with her bright smiles. When they meet after 15 years, he feels drawn to her once again even though she behaves as if she is a different person. At the same time, Rio is a material witness in a string of murder cases and he feels conflicted as the detective in charge of the investigation.

Iura Arata as Kase Kenichiro
A lawyer who belongs to Sanada Wellness’ legal department. He is the “guard dog” of Sanada Group who protects the family and company. Although he is a quick thinker and logical, he is somewhat awkward and shows compassion and concern. After his parents died when he was young, he worked hard and graduated at the top of his cohort from Tokyo University. He eventually comes to love Sanada Rio and tries to protect her from suspicious eyes of the police and the public.

Yakushimaru Hiroko as Sanada Azusa
Sanada Rio’s mother and the CEO of Sanada Holdings. She and her husband Tatsuo divorced when Rio was 3 years old due to a difference in values. She took custody of their son Masanobu while Tatsuo took their daughter Rio. She has succeeded in the real estate and hotel business and grown Sanada Holdings. While she has a cheerful nature and the ability to charm people, she is also capable of doing whatever it takes to expand the business. She has entrusted Sanada Wellness to Rio.

Okuno Eita as Sanada Masanobu
Sanada Rio’s older brother and CEO of Sanada Business Service. He puts himself first. He is often compared to his outstanding younger sister and sees her as his rival.

Mitsuishi Ken as Asamiya Tatsuo
Sanada Rio’s father. After his divorce with Sanada Azusa, he brought Rio back with him to his hometown of Gifu. He became the person in charge of the dormitory for Hakusan University’s track and field team while he raised Rio. He treats everyone equally and is like a father figure to the members of the team. He eventually remarried and had another son called Yu.

Tanaka Minami as Tachibana Shiori
A freelance non-fiction writer. She used to be a journalist at a major newspaper and won a Press Club’s award. However, she became a freelancer because she wanted to write stories without having to serve the personal interests of powerful people. She hates crooked things and also hates losing. She has been pursuing Sanada Group’s shady dealings and shadowing Sanada Azusa and Rio.

Oikawa Mitsuhiro as Goto Shinsuke
A managing director at Sanada Wellness and long-serving employee with Sanada Holdings. Sanada Azusa’s father promised that he would be the successor of Sanada Wellness, but he lost the CEO position to Sanada Rio. He is a conservative and opposes Rio who is focusing on the pharmaceutical business with a huge investment.

This blog contains information and musings on current and upcoming Japanese dramas but is not intended to be comprehensive.
View all posts by jadefrost →
This entry was posted in Fall 2021 Dramas, TBS/MBS and tagged Iura Arata, Mitsuishi Ken, Saiai, Yoshitaka Yuriko. Bookmark the permalink.