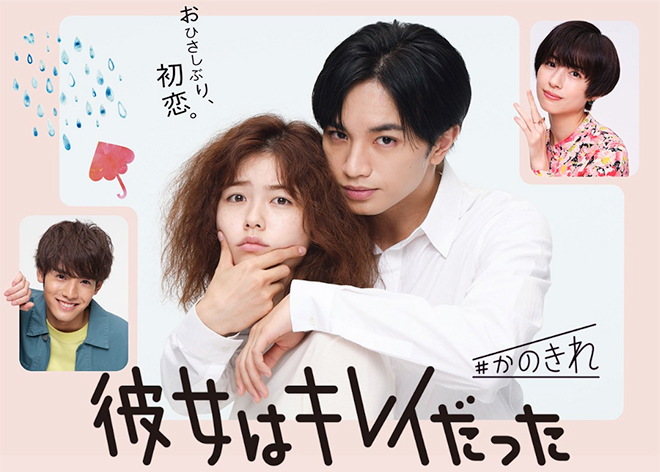 Story
Sato Ai was a beautiful, popular girl in her class when she was a child. She got fired from her part-time job on her 28th birthday and currently lives with her best friend Kiriyama Risa while looking for work. Ai is deeply depressed about her terribly unfashionable appearance and her life where nothing has been going right for her. Her first love Hasebe Sosuke moves back from the United States one day and she receives a message saying, “I’m back in Japan and want to meet you.” As a child, Sosuke was bullied because he was fat and timid. However, Ai loved his gentle side, and the two of them had a crush on each other. She gets excited about meeting him again after many years. But when she reaches their meeting spot, the Sosuke she sees is a sophisticated and cool man who is nothing like he used to be. Fearful of being disenchanted and disliked, Ai hurriedly sends Risa to meet him. Sosuke is very happy to see her, believing that she is the real Ai. This reunion is nostalgic for him and he wishes to be together with Ai like in those days. However, Ai tells him that she is going to study abroad in the UK the next day. She decides to leave behind happy memories and not meet him again. Shortly after that, she is hired by a major publishing company and gets assigned to work at the editorial department of the Japanese-language edition of fashion magazine, The Most, under the guidance of Higuchi Takuya. She cannot hide her bewilderment at this glamorous world which is foreign to her. Furthermore, Sosuke turns out to be the creative director and deputy editor who has come to turn around the magazine, which has had poor sales figures. However, he does not realise that Ai is his first love and she keeps her identity from him.

Characters
Nakajima Kento as Hasebe Sosuke
The deputy editor and creative director the Japanese-language edition of the fashion magazine, The Most. He transfers from its headquarters in New York to Tokyo in order to accomplish a certain mission. He is curt, cool and rational. Although he is competent, often arouses resentment for being harsh to the editorial staff. He was bullied as a child because he was fat. But he has grown up to be handsome and successful. Sato Ai, who was his first love in his childhood, is precious to him.

Koshiba Fuka as Sato Ai
She was pretty and a model student in her childhood. However, her looks changed as she grew up and she completely lost confidence. Even though she was supposed to have been hired by a publishing company’s administration department, she ends up working at The Most’s editorial department for three months as an intern. She and Hasebe Sosuke are childhood friends and each other’s first love, but she does not disclose her true identity to him. She is good-natured, cheerful, upfront and trusting. She has been staying at her close friend Kiriyama Risa’s house.

Akaso Eiji as Higuchi Takuya
A member of The Most’s editorial department and the life of the team. His work is well regarded and he is also well loved by everyone but there is something about him that is hard to pin down. He takes an interest in Sato Ai and becomes a reliable confidant by helping her out. He is a caring person who even gives advice to Hasebe Sosuke and Kiriyama Risa. He slowly develops feelings for Ai but eventually learns about the relationship between Sosuke and her.

Sakuma Yui as Kiriyama Risa
Sato Ai’s close family friend and roommate with a bond that is more than sisters. She works as a restaurant manager. She is so beautiful that she is constantly gets invitations from men but she has never had a serious romance. While she worries about Ai who does not care about being fashionable and feels negatively about her appearance, she understands Ai’s inner charm more than anyone else. At Ai’s request, she meets Hasebe Sosuke on her behalf and finds herself gradually attracted to him.

Original Work
She Was Pretty by Jo Sung-Hee

This blog contains information and musings on current and upcoming Japanese dramas but is not intended to be comprehensive.
View all posts by jadefrost →
This entry was posted in Fuji TV, Summer 2021 Dramas and tagged Kanojo wa Kirei datta. Bookmark the permalink.