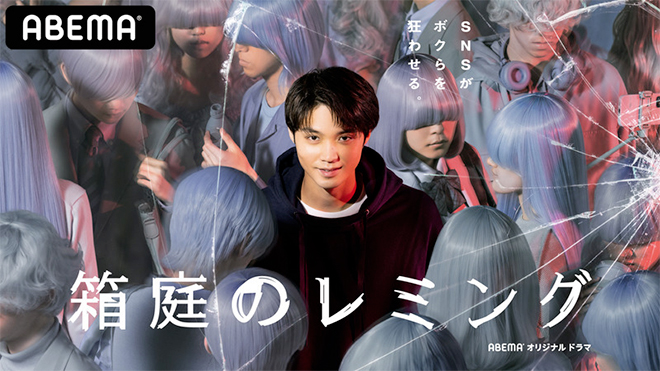 Story
Fujunna Ii ne
Synopsis: High school model Mieko (Mikami Ai) is a beautiful and popular girl who is loved by everyone. Her older sister Mayu (Tomiyama Eriko) is not attractive and a social recluse who is also abused by the family. Mieko cannot stand her. But one day, Mayu goes viral on social media and also among Mieko’s classmates. Wanting to hide her sister’s existence, Mieko plots to sap her popularity. However, Mayu who has experienced the pleasure of getting a large number of likes, starts to do something extreme … …
Cast: Mikami Ai, Tomiyama Eriko, Suzuki Miu, Tsubone Yuto, Ando Ryuichi, Suzuki Kosuke, Mizuno Maki, Nishimura Kazuhiko

Shikei Club
Synopsis: Kawamura (Okayama Amane), an employee at the ward office, is going to marry his girlfriend Shiori (Fukagawa Mai) soon. One day, he is informed by his boss that he has been flamed on the internet because a woman whom he had an argument with over her welfare application has committed suicide. Kawamura is even snubbed by the police when he seeks help. As he makes every effort to gather information on the situation, he is backed into a corner by all sorts of people. He eventually learns that the culprits are a members-only dark site called Vigilante Club. The club’s misguided sense of righteousness and the public’s curiosity gradually escalates but what is the fate that awaits Kawamura and the people around him?
Cast: Okayama Amane, Fukagawa Mai, Tanaka Shunsuke, Kawashima Junya, Toritani Hiroyuki, Suzuki Taku, Iwaya Kenji, Uchida Chika, Yamamoto Hiroshi

Meitantei S
Synopsis: University student Imai (Suga Kenta) is invited by a classmate Kajihara (Furukawa Tsuyoshi) to jointly produce a criminal psychology report. The two of them begin playing investigators who reveal the tactics used by stalkers, based on the theme of an idol being stalked on the internet. The idol Riricchi is the subject of their report, and Imai who is also her fan uncovers her regular range of activities from a variety of information posted on social media. Presents from fans arrive for a live birthday event for Riricchi several days later. She lets out a scream when she opens a box. It contains a macabre wedding cake and a note … …
Cast: Suga Kenta, Furukawa Tsuyoshi, Abe Yumeri, Suzuki Maiko, Okuda Yohei

Not Famous
Synopsis: Kamo Kousei (Isomura Hayato) is a live streamer with less than 2,000 subscribers on his channel. He extorts his ex-girlfriend Makita Asuna and dreams of being popular and successful some day. One day, Kamo live streams a threatening call made to the mother of his hometown friend Honma. He threatens to kill her son if she does not truly bring the 5 million yen ransom within 10 minutes in a malicious plan to see whether she will actually pay up. However, an unexpected development hits Kamo as he waits in the park … …
Cast: Isomura Hayato

This blog contains information and musings on current and upcoming Japanese dramas but is not intended to be comprehensive.
View all posts by jadefrost →
This entry was posted in AbemaTV, Summer 2021 Dramas and tagged Hakoniwa no Lemming. Bookmark the permalink.