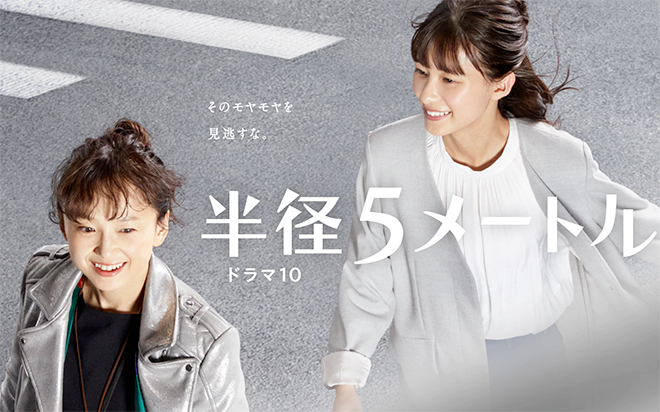 Story
Maeda Fumika is an editor with the weekly magazine Josei Life. After a big fiasco, she gets transferred from the Ichiori team, which goes after entertainment gossip, to the Niori team, which delves into matters that are of interest to readers such as lifestyle information. This is where she makes the acquaintance of a well-known veteran journalist Kameyama Takarako. In comparison to the Ichiori team’s frantic pursuit of cases and scoops, the Niori team seems lax and Takarako’s way of covering a story is unusual. For example, when they pick up a story idea from the social media buzz about Oden Uncle who criticised a housewife intending to buy ready-made oden at a supermarket and yelled at her to make her own oden, Fumika is about to gather the opinions of angry women. However, Takarako does not link it to gender, but for some reason, starts from making konyaku. Fumika initially does not understand her purpose of doing this. However, she gradually realises what can be seen by taking a different approach, and grows under Takarako’s mentorship.

Characters
Yoshine Kyoko as Maeda Fumika
A young editor at Josei Life. She initially belonged to its Ichiori team which goes after entertainment gossip. But after she fails to capture a scoop on camera, she is transferred to the Niori team which deals with “five metre radius” matters of concern and interest to readers. When she loses her temper, she says offensive things.

Maiguma Katsuya as Yamabe Akito
A reporter with Josei Life’s Ichiori team. Maeda Fumika’s face is his type. He is good at smoothly gaining people’s trust.

Matobu Sei as Onuma Aki
The editor in chief of Josei Life. She often speaks harshly but she watches out for her subordinates. She is a working mother with a son.

Yamada Maho as Fujikawa Masumi
An editor at Josei Life’s Niori team. She has a daughter who is in elementary school and her husband has been posted to a job away from home. She typically says scathing things.

Kitamura Yukiya as Ebihara Kaori
An editor at Josei Life’s Niori team. An intellectual and elegant transgender woman who got a divorce seven years ago and has a daughter.

Omi Toshinori as Maruyama Ryohei
The copy editor of Josei Life’s Niori team. He always treats his team members to coffee which is his interest. His children have become independent and he now lives with his wife.

Nagasaku Hiromi as Kameyama Takarako
A well-known freelance reporter in Josei Life’s Niori team. Her column called Wandering Middle-Aged Female Writer is popular. She always zeroes in on everything with her own perspective and approach that is somewhat different from others, and this inspires Maeda Fumika. There seems to be some secret regarding the red good luck charm that she wears around her wrist.

This blog contains information and musings on current and upcoming Japanese dramas but is not intended to be comprehensive.
View all posts by jadefrost →
This entry was posted in NHK, Spring 2021 Dramas and tagged Hankei 5 metres, Kitamura Yukiya, Nagasaku Hiromi, Omi Toshinori, Yoshine Kyoko. Bookmark the permalink.