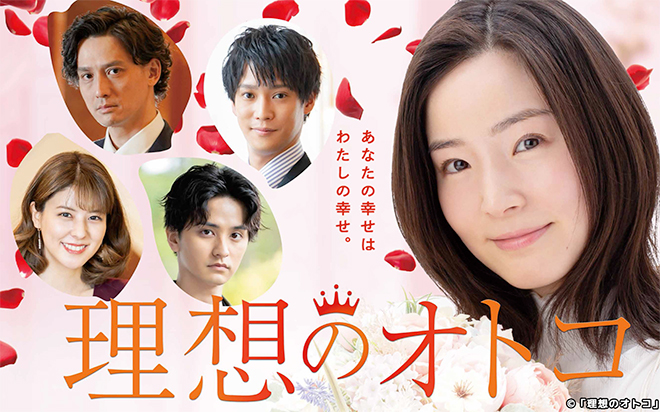 Story
32-year-old Komatsu Toko is a hairstylist who has been out of the dating game for a long time. But one day, she is asked by Azumi Marisa, an editor and a close friend of hers, to style manga artist Mitsuyasu who will be going on stage at an award ceremony. Toko arrives at the ceremony where she is coincidentally reunited with a former high school classmate Shima Keigo whom she had been close to. She also meets a designer Takano Masumi. While Mitsuyasu is on stage, Toko feels his gaze on her … … After the event, she unexpectedly ends up going for drinks with him while Marisa drinks with Takano. This day is a turning point for Toko and she suddenly reaches the period in life when she enjoys the most romantic attention. However, she gets depressed after spending the night with Mitsuyasu. Marisa tries to comfort her by pointing out that love can also develop from a physical relationship. Toko cannot bring herself to tell Marisa that the person is Mitsuyasu. Even though she feels romance is not possible, she is unable to stop thinking about him. To complicate matters, Toko gets a sudden confession from Keigo and starts wavering between the two men.

Characters
Renbutsu Misako as Komatsu Toko
The manager of a hair salon. She has definitely not given up on romance but by the time she realised it, she has been out of the dating game for a long time. She gets acquainted with the manga artist Mitsuyasu and also meets her former high school classmate Shima Keigo again. She begins to remember what it feels like to be in love for the first time in a long while.

Fujii Mina as Azumi Marisa
The editor in charge of Mitsuyasu. She is the same age as Komatsu Toko and they are close friends. She is married but is unable to voice what she truly feels to her husband and she is troubled about their relationship.

Seto Toshiki as Takano Masami
A young and up-and-coming designer. He is also in charge of Mitsuyasu’s work. Although he is 10 years Azumi Marisa’s junior, he makes advances at her as if it is a joke even though she is already married. It is not clear what she is thinking.

Mikata Ryosuke as Shima Keigo
Azumi Marisa’s colleague who is also an editor. Back in high school, he and his classmate Komatsu Toko were more than friends but not quite a couple. They are reunited several years later at the award ceremony. Toko feels a sense of security with him – that he would accept everything.

Ando Masanobu as Mitsuyasu
An award-winning manga artist who is 10 years Komatsu Toko’s senior. Although he had unkempt hair, he looked suave at the award ceremony after the hair cut Toko gave him. He is awkward at romance and obscure.

Theme Song
By Your Side by Ohashi Chippoke

This blog contains information and musings on current and upcoming Japanese dramas but is not intended to be comprehensive.
View all posts by jadefrost →
This entry was posted in Spring 2021 Dramas, TV Tokyo and tagged Ando Masanobu, Fujii Mina, Renbutsu Misako, Risou no Otoko. Bookmark the permalink.